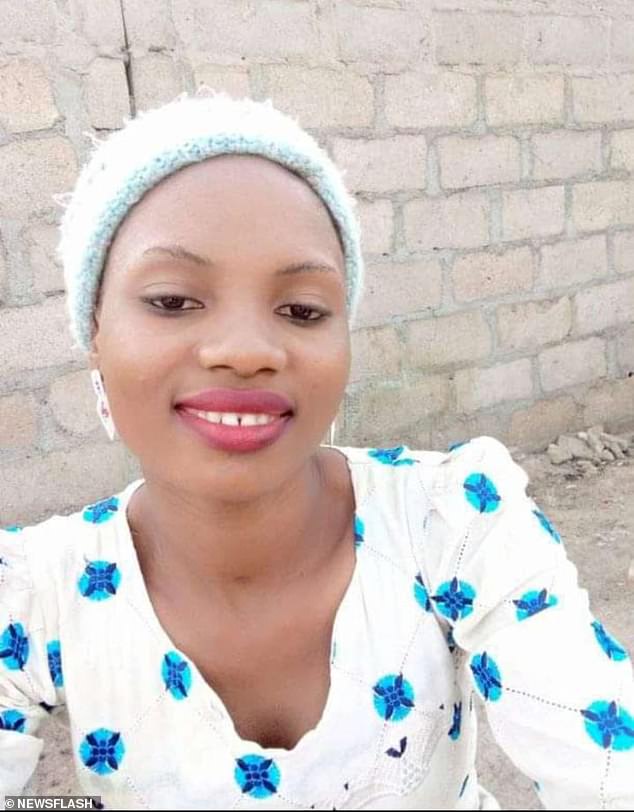 
Hundreds of people in Nigeria’s northwestern city of Sokoto demonstrated Saturday over the arrest of two students following the murder of a Christian student accused of blasphemy, residents said.

In the early morning of Saturday, Muslim youths took to the streets of the city, lighting bonfires and demanding the release of the two detained suspects despite the earlier deployment of policemen to maintain order, residents said.

The irate mob retreated downtown where they attempted to loot shops belonging to Christian residents but were dispersed by security patrol teams, said another resident.

Student Deborah Samuel was killed by a mob in northern Nigeria who stoned, beat and set fire to her for a voice note that they considered to be blasphemous against the Prophet Muhammad.

The angry mob pulled Deborah out of a security room she was hiding in at the Shehu Shagari school in Sokoto, northwestern Nigeria, and carried out the horrific killing, according to police.

Days earlier, Deborah, who is Christian, had left a voice note in her class Whatsapp group complaining that there were too many religious posts in a group intended for academic updates.

According to a translation, she said: ‘The group is not created for sending nonsense things.

The mob of angry students set fire to her body using tires. They then set the school ablaze as well

‘It is created to send past questions, if there is a test, or if we are given assignments, not all these nonsense things.’

A fellow student replied with a voice note saying that Deborah had just blasphemed, and the original voice note began to circulate among Muslim students in the community.

An angry mob formed to hunt Deborah down, and the student took refuge in the security room of the school under the protection of security guards. Unfortunately they were unable to keep her safe.

‘Students forcefully removed the victim from the security room where she was hidden by the school authorities, killed her and burnt the building,’ police spokesperson Sanusi Abubakar said in a statement.

Deborah was dragged out, beaten and then stoned. Once she had died her body was set on fire and the school building burnt down as well.

There have been two arrests, thought to be the individuals in a video which shows them celebrating with a box of matches.

‘The suspects in the viral video on Twitter were spotted and will be nailed soon,’ Abubakar added.

The murder has sparked outrage in the enormous African country split along religious and ethnic lines that sees regular conflict, often prompted by the terrorist group Boko Haram.

Journalism professor Farooq Kperogi called for the immediate arrest and punishment of the murderers.

‘Sadly, this sort of consequence-free murder of people in the name of avenging ”blasphemy” has been going on far too long in the north,’ he tweeted. ‘This must stop!’

Reverend Matthew Hassan Kukah of the Diocese of Sokoto tried to defuse religious tensions that the killing would inevitably incite, saying in a statement: ‘This has nothing to do with religion. Christians have lived peacefully with their Muslim  neighbours here in Sokoto over the years.

‘This matter must be treated as a criminal act and the law must take its cause.’

The Shehu Shagari College of Education in Sokoto was quoted as condemning the ‘unfortunate happenings – that led to the loss of life of a female student at the institution.’

Nigeria activist and, comedian, Debo Adebayo was among those who condemned the killing and demanded the state governor swiftly act in an online tweet.

He wrote: ‘According to multiple reports, Deborah a female student of Shehu Shagari College of Education in Sokoto, accused of Blasphemy was killed and burnt. This is what happens when there are no consequences for actions in society. The government must wake up from their slumber!!

‘Justice must be served!!! And it must be swiftly done!! If not, we would be enabling a society wherein religious extremists take law into their hand, kill and destroy. These acts should be highly condemned lest we add more tension and Chaos to a society already on the edge!!!’

The killing of Deborah Yakubu is the third or fourth such killing of a female over alleged blasphemy by angry mobs in the north of Nigeria.

Christianah Oluwasesin, a Christian teacher in Gombe State, was killed in 2007 when she stopped a student entering an exam room with his books, taking them off him and throwing them outside.

The student alleged that one of the books was the Qur’an and a gang formed to stab her to death. They beat up the school principal as well for offering Christianah shelter and then burned down three classroom blocks.

Opposition candidate Atiku Abubakar tweeted his condemnation for Deborah’s killing but soon deleted it after some Muslim supporters promised not to vote for him.