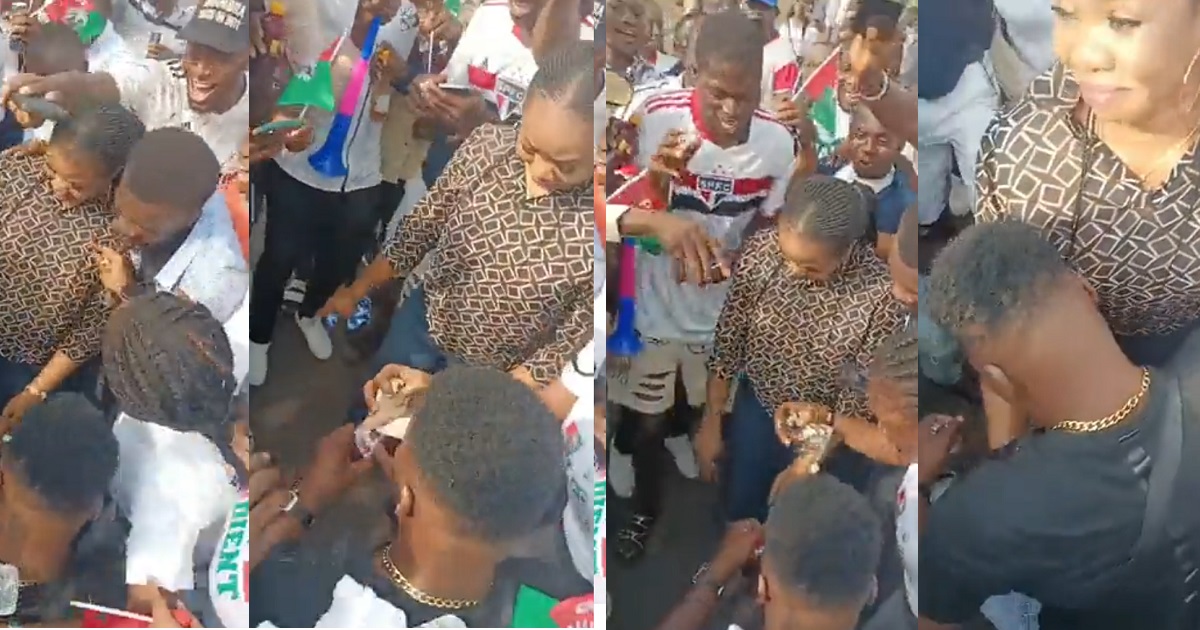 
A romantic Nigerian man has proposed to his lover in what has been described by social media users as the most patriotic proposal ever.

man has utilized the solidarity movement for the Labour Party presidential candidate, Peter Obi, to propose to his lady.

He popped the question during a rally organized by youths in Onitsha on 28th August, 2022 and she accepted.

The Jubilant crowd cheered the lovebirds on as it was an automatic celebration and premium excitement for those present at the scene.

A Twitter user with the handle @afamdeluxo, shared the video and wrote –

Them don engage one sweet Obident babe for Peter Obi Onitsha rally o. If you like be doing agbado geh and Mikano geh, nobody go send you o. Na obidient babes dey board now o

However, Femi Kuti has come out to say his words were taken out of context, and he added that what he meant was he’s too angry at his age to be ‘obedient’ and he does not like the ‘term’.

The son of Fela further stated that “if Peter Obi wins and actually changes the country better for all of us.”