Meta is opening a retail store 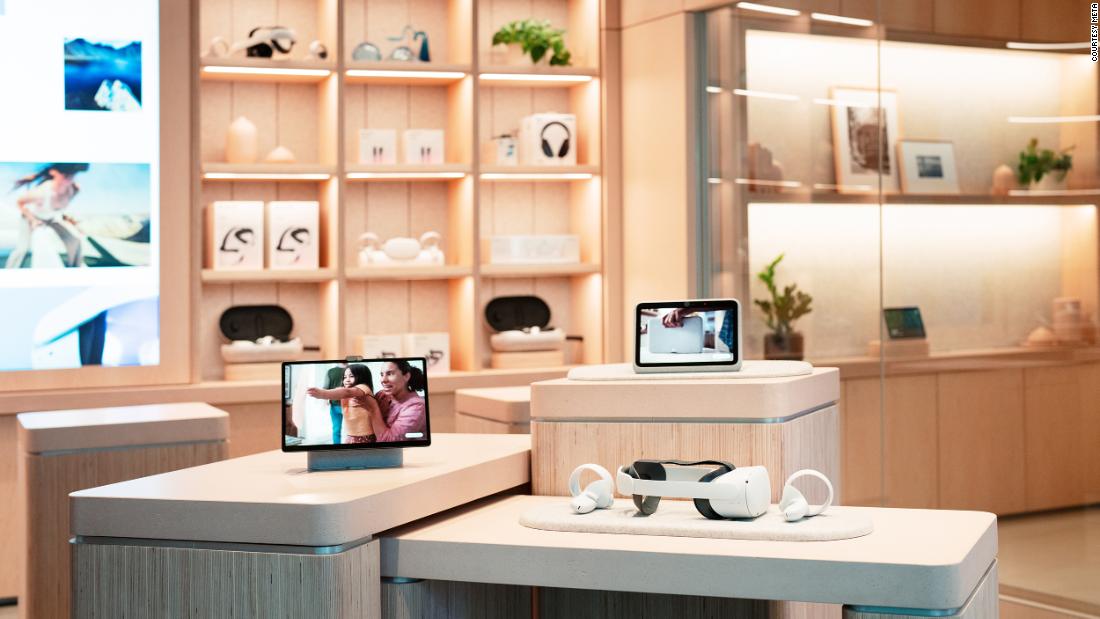 Unlike, say, the Apple Store, there will only be one Meta Store for now, and it will be based at the company’s campus in Burlingame, California (specifically, at 322 Airport Boulevard).

The store will open May 9, Meta said. It is, in part, an effort to get consumers more familiar with Meta’s plans for a so-called “metaverse” —- a sci-fi concept that envisions, essentially, an immersive version of the internet, which the company spent billions of dollars on last year via Facebook Reality Labs.
In a blog post on Monday, Meta said the store will let people demo various products and will include a VR space that lets customers try apps such as Beat Saber and Real VR Fishing. These VR demos will be projected on an enormous, curved LED screen in the store for others to see.

“The Meta Store is going to help people make that connection to how our products can be the gateway to the metaverse in the future,” Meta Store head Martin Gilliard said in the blog post.

Because the store will be based on Meta’s corporate grounds, it will also give Meta employees “more opportunity to experiment and keep the customer experience core to our development,” Gilliard said.

Meta is the leader in the small but rapidly growing market for VR headsets. Tech market researcher IDC estimates nearly 11 million VR headsets were shipped in 2021, which is a 96% jump over the 5.6 million shipped a year before, research manager Jitesh Ubrani said. Ubrani believes Meta’s Quest 2 headset made up 80% of those shipments last year.

It’s not yet clear if Meta plans to eventually take the Meta Store beyond Burlingame, similar to what Apple began in 2001 with the rapid rollout of its Apple Stores around the world. A Meta spokesperson said the company had no details to share about whether it might open any stores beyond the first one.