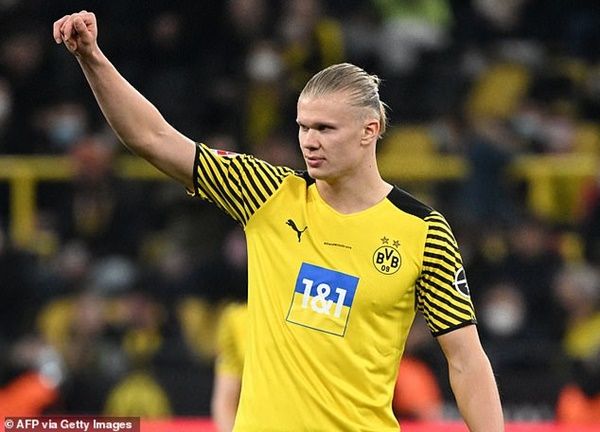 
The prolific Norwegian will be following in the footsteps of his father, Alf Inge, by linking up with the English champions over the summer.

Manchester City have confirmed that Erling Haaland will be joining them on a five-year deal in the summer transfer window, with the reigning Premier League champions agreeing to pay the £51 million ($63m) fee that will trigger a release clause in the striker’s contract at Borussia Dortmund.

The prolific Norway international has been attracting interest from leading sides across Europe since he burst onto a Champions League scene at Red Bull Salzburg in 2019, with the decision taken to head for Germany during the January window of that campaign.

A remarkable strike rate has been maintained at Dortmund, with 85 goals recorded through 88 appearances, and the 21-year-old’s stunning skill set will now be added to star-studded ranks working under Pep Guardiola at the Etihad Stadium.