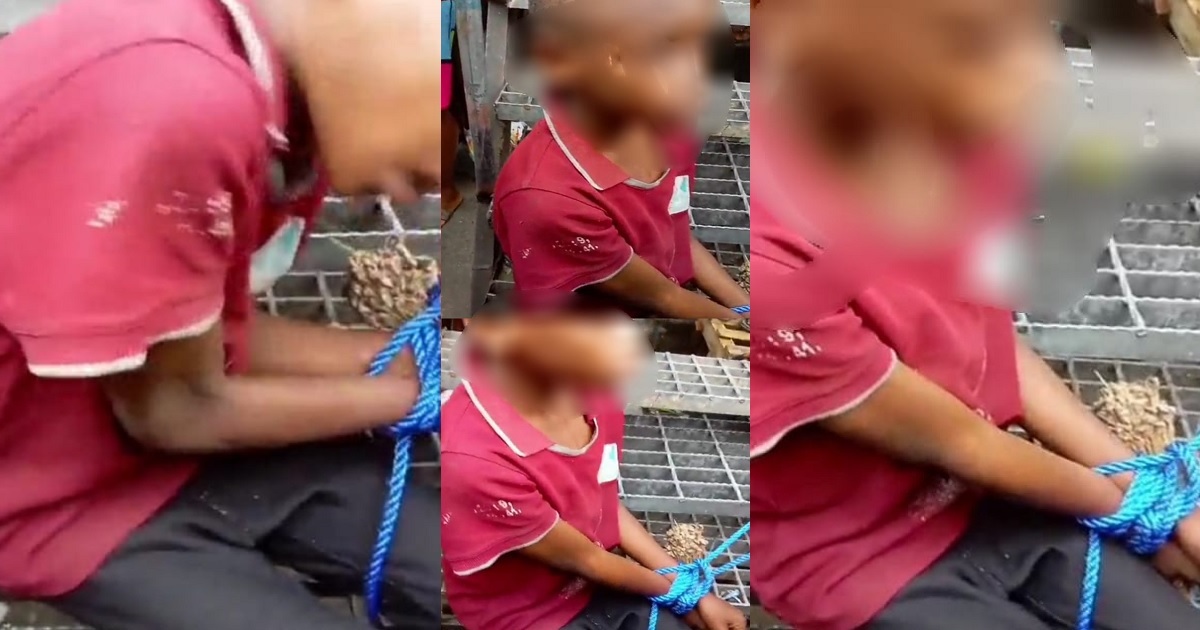 
A video of a little boy being interrogated with his hands tied over claims that he’s a wizard in Rumuokoro, Port Harcourt, Rivers State, has been shared online.

A Twitter user, @BrotgerTucky, who shared the video of the little boy being interrogated, alleged that the boy “turned from a rat into a human being.”

In the clip, the little boy, who hails from Akwa Ibom state, claims that he is a wizard and has killed three people.

“The Boy who turned from Rat to human being in Rumuokoro today confessions”.

Reacting, the spokesperson of the Rivers State Police command, Grace Iringe-Koko, confirmed that the little boy is now in police custody.

In related news, the video of a widow being bound and flogged by members of her community in Umueghu in Amaegbuato autonomous community Nkpa Bende Local Government in Abia state, was recently shared online.

Human Rights activist, Harrison Gwamnishu, who shared a video, revealed the widow was assaulted after her late husband’s brother’s wife accused her of being a witch.

When I talk about widows protection, I’m not asking for too much. Our mothers suffer the most from child delivery.

Mrs. Amarachi Okechi, a widow was accused of witchcraft by her late husband brother’s wife.

If you are from Umueghu in Amaegbuato autonomous community Nkpa Bende Local Government, Abia state, your community did this to this woman.

Even when the woman was begging and telling them she’s innocent, they tied her hand to her back, tied her two legs, flogged and filmed her.

Her children reached out to the Behind Bars and we have decided to take this matter up no matter what it will cost us.

This is barbaric and should be condemned by all. #Attention: Please help us tag the wife of Abia State Governor.”