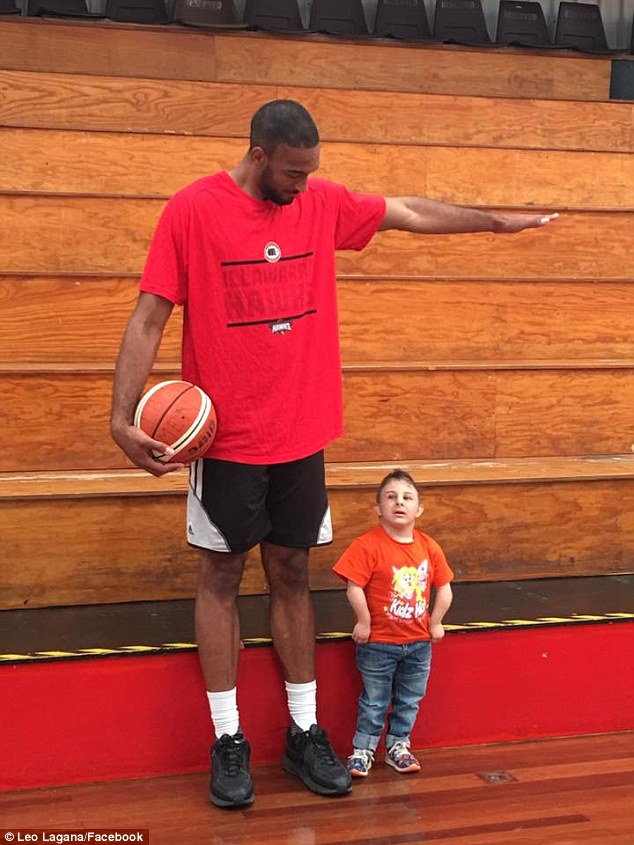 An inspirational Australian with dwarfism  has died at the age of 22.

He had been in and out of hospital over the past month, as his condition deteriorated and died on Monday morning.

He was 93cm tall and weighed 20kg, which had made him a target for cruel bullies.

He lived in constant pain after one of a series of serious operations went badly wrong, with matters only made worse after he became the victim of mean taunts.

He had a rare form of primordial dwarfism (pictured with American basketball player Michael Holyfield who is 2.11 metres tall)