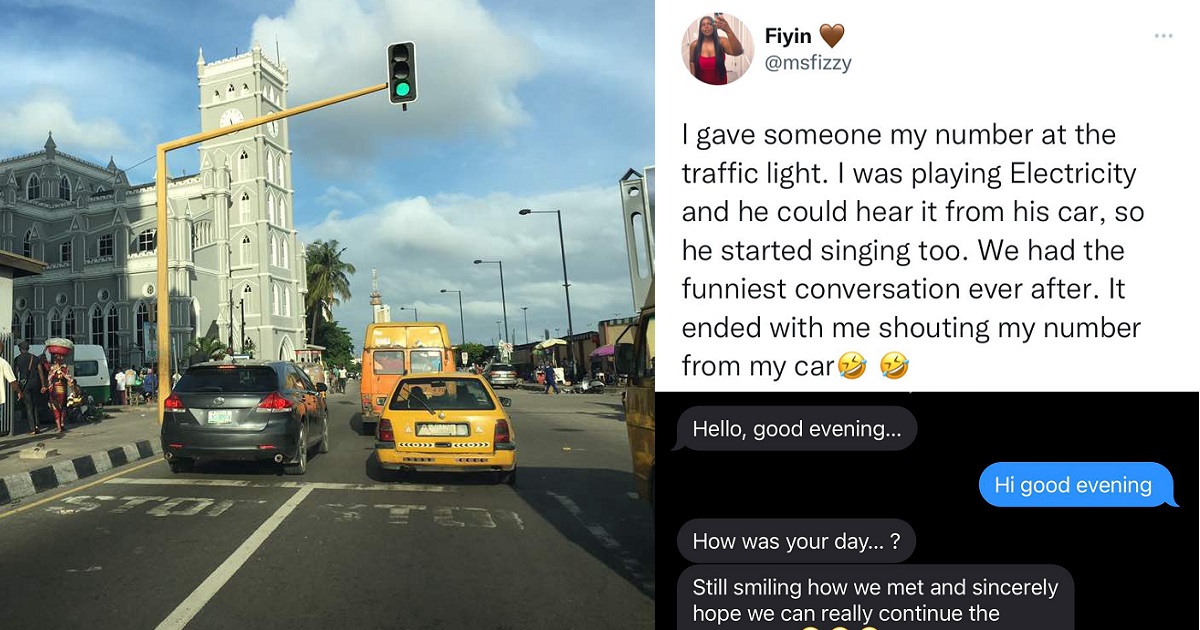 
A young Nigerian lady has taken to Twitter to recount the hilarious way she met a man at a traffic light while driving and gave him her phone number.

The lady, identified as @msfizzy on Twitter, said she was jamming to a song by singers, Davido and Pheelz, titled “Electricity” at a traffic light when the man started singing along from his car.

She said they had a funny conversation afterwards and she ended up shouting her phone number to him at the traffic light before they parted ways.

The young lady who was thrilled by the experience wrote,

“I gave someone my number at the traffic light. I was playing Electricity and he could hear it from his car, so he started singing too. We had the funniest conversation ever after. It ended with me shouting my number from my car🤣 🤣”

Hours later, she shared a follow-up tweet and disclosed that the young man has reached out to her and offered to take her on a date.

Sharing a screenshot of their chat, she wrote, msfizzy wrote, “And so it begins. 🤣”

In other news, a Nigerian woman has taken to social media to recount how her boyfriend inadvertently helped her meet the man she married. Read here

Share. Facebook Twitter Pinterest LinkedIn Tumblr Email
Previous ArticleFather of labourer, 23, accuses police of ‘watching’ his son drown after he jumped into the Thames
Next Article “Dear single ladies, reply your DM” – Newly married woman advises as she reveals how she met her partner