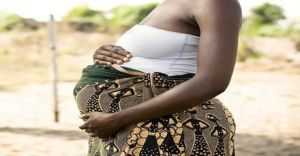 The district recorded 43 cases of teenage pregnancy in 2020.

Mr Seth Seyram Deh, the Kadjebi District Education Director, disclosed these in an address read on his behalf at the 2022 Performance Meeting at Kadjebi.

He said the figure represents only officially reported cases to the District Directorate of Ghana Education Service (GES) and that they might be higher.

The Budget Officer for the district urged residents to be concerned about the development and help prevent teenage pregnancy.

Mr Agortimevor encouraged parents to be responsible for the upkeep of their children so that they will not be forced to fend for themselves which could lead them into pregnancy.

He said another issue affecting education in the district was the teacher attrition rate as out of 99 trained teachers posted to the district in 2022, 48 had left.

He said if this problem persists, then what happened to the district in 2012, where classrooms were without teachers would occur again.

The Budget Officer, therefore, appealed to the District Assembly to support teachers for further studies based on the need basis of the district to help solve the teacher attrition rate.

Mr Agortimevor said another disturbing issue of concern was open defecation in the classrooms by some unscrupulous persons for reasons best known to them.