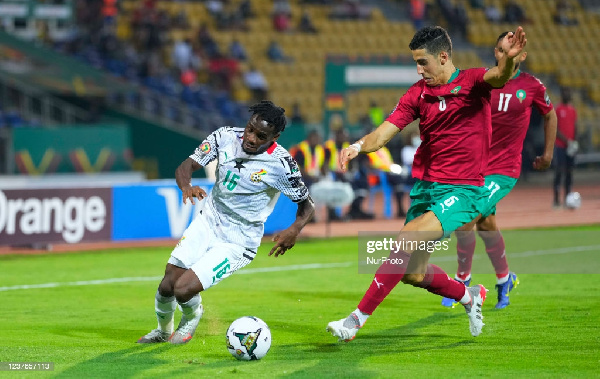 Reports from Ghana’s camp indicate that winger Joseph Paintsil has been dropped from the Black Stars starting eleven for the game against Gabon on Friday, January 14, 2022.

The Black Stars will be hosted by the Panthers of Gabon in the second Group C game of the 2021 Africa Cup of Nations at the Stade Ahmadou Ahidjo in Yaoundé, Cameroon.

In a game that Ghana desperately needs a win to keep their automatic qualification alive, it is being reported that Joseph Paintsil, who was Ghana’s best player in the Morocco game has been dropped from the starting line-up.

The reports further indicate that Joseph Paintsil will be replaced by Daniel Kofi Kyereh who came on as a second-half substitute in the 1-0 defeat to the Atlas Lions of Morocco.

Meanwhile, the Black Stars are bottom on the Group C table while Gabon sits on top of the table.