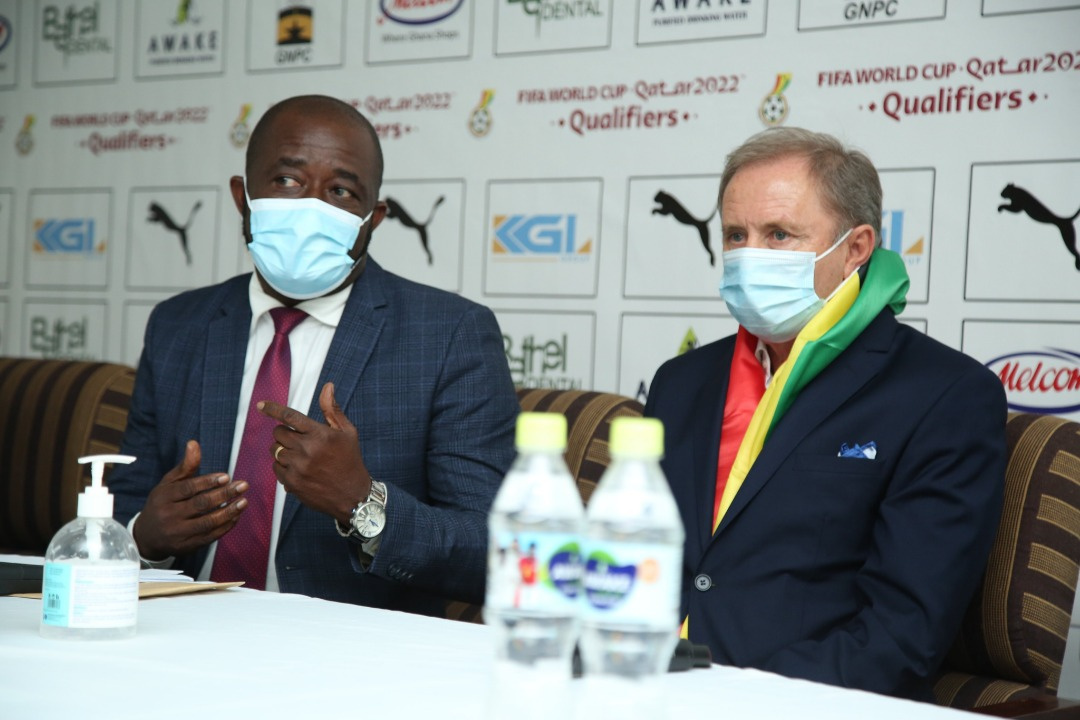 The President of the Ghana Football Association, Kurt Okraku has said it would be difficult terming black coach Milovan Rajevac as a “failure” despite his side’s poor run at the ongoing AFCON 2021.

The Serbian tactician led Ghana to a winless tournament where they failed to progress from the group stage for the first time since 2006 as a result of a 3-2 shocking defeat to Comoros on Tuesday, January 18, 2022.

They had earlier lost to Morocco before being held to a 1-1 by Gabon.

Following this, some Ghanaians have tagged the coach as “failure” and have called for his head.

But, according to the GFA boss, Kurt Okraku, the target set for Milovan Rajevac since his reappointment in his second coming remains clear.

“What I can say is that, the target, the FA gave to Milo is clear. The fact is that he was to recruit the best players, trained them, make sure the players are competitive. His target was to win the AFCON.

“His target is to qualify us to the World Cup and be competitive from day one, that has been his target and those are still his target,” Okraku stated on Kessben FM, Thursday.

Asked whether Milovan Rajevac will be sacked judging him on the aforementioned, the FA president argued that it would be a hasty conclusion.

In this view, the Serbian remains the best ever expatriate coach to manage the black stars by way of performance.

Milovan Rajevac was reappointed in September 2021 following his first term from 2008-2010.

The Ghanaian contingent have however landed in the country on Thursday, January 20, 2022 at about 3:00am after their early exit from the 33rd edition of the AFCON.