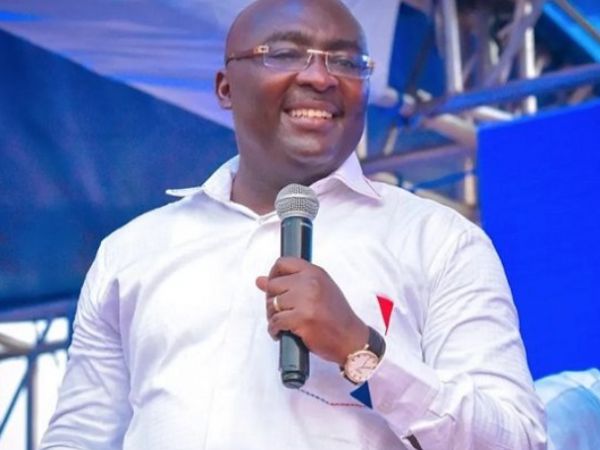 
Vice-President Dr Mahamudu Bawumia has gifted GH¢20,000 to Kwesi Ackon, an honest taxi driver who returned GH¢8,400 a passenger inadvertently left it in his car.

The gesture comes after a video showing the moment Ackon handed over the cash to the rightful owner, who is a fish monger, went viral Wednesday, May 11.

In the viral video, the woman and her entire family wept hardly after the driver showed up at her house and returned the money she had forgotten in his car.

The video captured them hugging the honest driver and expressing surprise that he returned the money.

After the video went viral, the honest driver had since been at the receiving end of encomiums from the owner of the money, her family, social media, and now the vice-president.

Dr. Bawumia after chancing upon the video donated GH¢20,000 to reward Mr.Ackon for his honesty and exemplary show of integrity.

The money was presented to him by award-winning investigative journalist, Manasseh Azure Awuni.

The award-winning media personality also presented an additional GH¢2,500 from two other unnamed donors, bringing the amount to GH¢22,500.

Later in an interview with the Fourth Estate, Mr Akon revealed that the incident happened on Easter Saturday, April 16.

He recounts pulling up at Mallam Atta Market in Accra New Town around 8 pm, where a potential passenger had flagged him to a stop.

The trader wanted a taxi to Teshie, and after negotiating a fare of ¢40, he began a trip to make sales to feed his wife and three children.

He noted that after ending another day, he was checking through his car when he found a cloth tied over something.

“The cloth was dirty, like a rag. It smelled of fish. I wanted to throw it away,” he said on Wednesday. But restrained by a bit of curiosity, he unwrapped it and found several notes. It was money.

“I didn’t count the money; I just knew I had to return it. So after worshipping at my church, on Easter Sunday, I drove to Teshie to give it back.”

Asked what pushed him to do it, he said his religion, Christianity, did not permit him to do otherwise.

“If you are a Christian, you should always differentiate yourself from non-Christians,” he told The Fourth Estate.