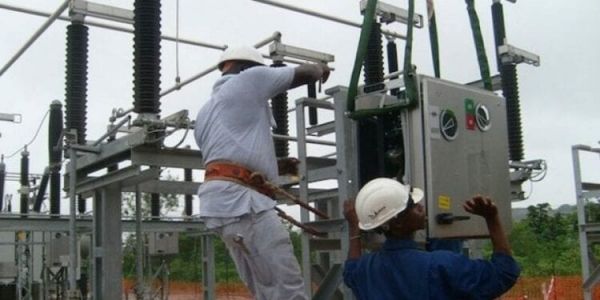 
The Electricity Company of Ghana (ECG) has disconnected power to a pub and an adjourning hostel facility at Caprice in Accra upon the discovery of an alleged power theft by the two entities.
The discovery was made by the National Revenue Mobilisation Protection team of the ECG in Accra last Friday.

The ECG has since issued an invitation letter to the caretaker of the facilities, Samuel Acheampong, to report to its office.

The facilities had 28 air-conditioners and other active gadgets, including fridges.

The ECG Manager in charge of Revenue Protection and Technical Investigations, Ishmael T. Oku, told the media that the revenue mobilisation team of the ECG was on its usual rounds checking meters when it discovered the illegality at the night club and twin hostel facility.

“This is a national taskforce exercise of the ECG auditing meters. We happened to be at the pub and hostel, and to our surprise, the entire facility is stealing power through a contactor. We unearthed this contactor hidden in the ceiling,” he said.

Mr Oku said the ECG team would go back to the office and access the power that was used after which the operator of the facility would be surcharged to recover the stolen units.

Thereafter, Mr Oku said, the operator would be prosecuted for using power without the knowledge of the ECG.

He said some customers were engaging in the illegal use of power, and that the company would not leave any stone unturned and would ensure that the perpetrators were brought to book.

“We are on course in revenue mobilisation, and carrying out the auditing of meters and have been able to recover one gigawatt, translating into millions of cedis.

“We are encouraged by what we are seeing on the ground,” he said.

He described the illegality as an attitudinal issue, saying people wanted to use power without paying for it.