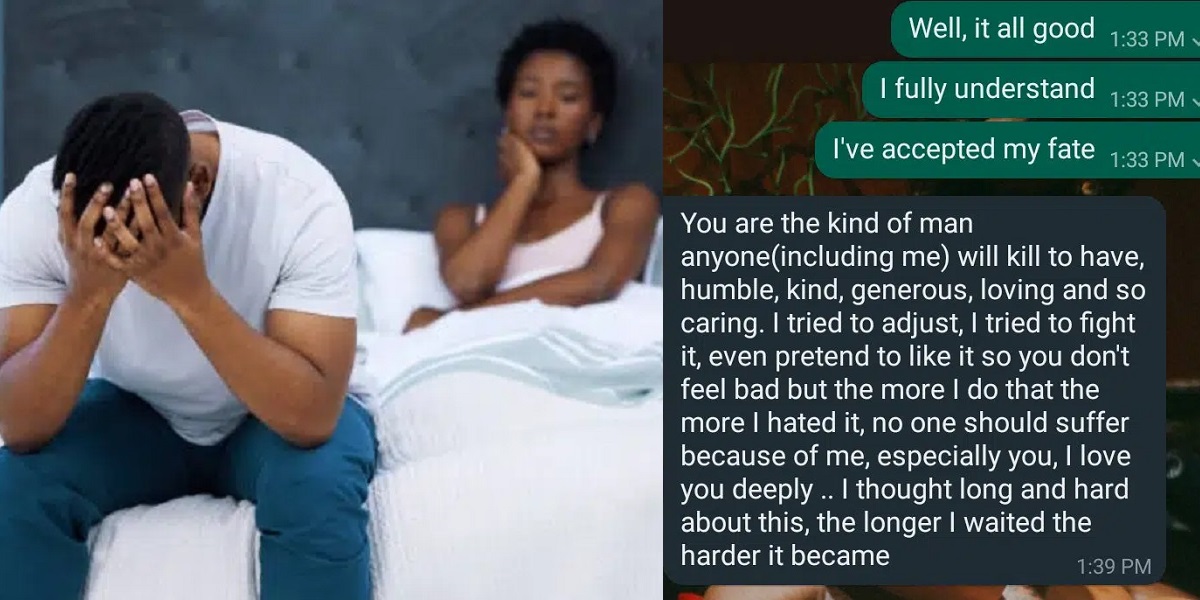 
A young man has resorted to Twitter to vent his pain after his girlfriend ended things with him for being too perfect.

The heartbroken man identified as @RoarfxA on the micro-blogging platform, shared his conversation with the girlfriend who ended their relationship because he was too perfect.

In the chat shared online, the lady described the young man as perfect and the kind of man any lady will kill to have, which made her try to adjust and not be herself in the relationship.

She said she’s tired of pretending and believes it’s best she ends the relationship, seeing that she’ll never be able to match his energy.

“You are the kind of man anyone (including me) will kill to have, humble, kind, generous. I tried to fight it, even pretend to like it so you don’t feel bad but the more I do that, the more I hated it… I’m not good for you no matter how I want to be”, she wrote in part.

Sharing screenshots of the chat on his Twitter page, the distraught man wrote, “My babe ended our relationship because “I was too perfect” I did everything u mentioned above.”

Read their full conversation below,