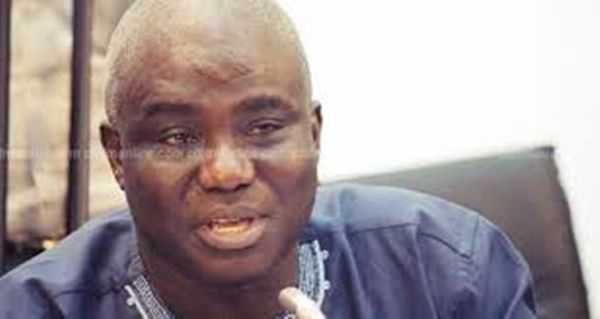 
Minority Spokesperson on Agriculture, Hon. Eric Opoku, has disclosed that government has for the past six years refused to pay bonuses for cocoa farmers.

According to him, cocoa farmers has been left to their fate under the Akufo Addo government despite the huge sacrifices they are making to make their produce the backbone of the economy.

Speaking on Okay Fm‘s Ade Akye Abia programme, Hon Opoku, who is also the Member of Parliament for Asunafo South, explained that due to poor planning by the NPP government, most cocoa farmers are gradually turning to cash crop farming by venturing into other crops like rubber.

He described cocoa farmers as the poorest farmers in the country compared to the counterparts in sub-Saharan Africa.

“In this regard, cocoa farmers across the country have not received bonuses for the past six (6) years from government through COCOBOD. Meanwhile, cocobod has the financial wherewithal to spend on other things but certainly not on the welfare of cocoa farmers.

“It will interest you to know that cocoa farmers have resorted to cutting down trees to plant rubber….Some cocoa farmers in the Eastern Region are threatening to cut down their trees and replace them with rubber if government is unable to release funds to the Local Buying Companies to enable them pay for their produce.

“Lack of payment by these Cocoa Buying Companies is causing a lot of financial constraints to farmers as they seek to settle their wards’ school fees and improve their livelihoods,” he added.

The NDC MP, however, gave the assurance that should the opposition National Democratic Party (NDC) regain power in 2024, the party will ensure that cocoa farming becomes attractive once again to the youth.

“…..it is never too late, when the NDC returns to power 2024, we will return cocoa farmers to their glorious days and make it more attractive for the teeming youth who have been unemployed to venture into farming which will create a source of livelihood for them,” Hon Opoku stated.