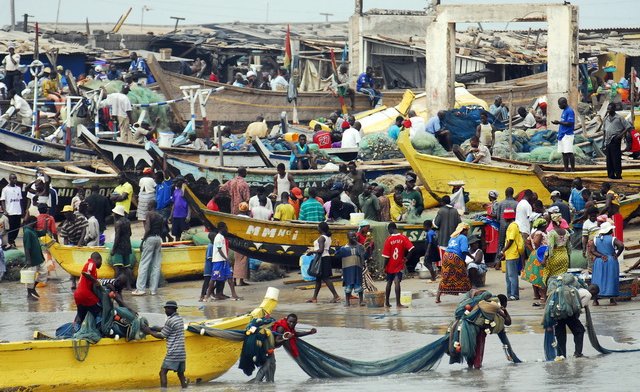 
The Canoe and Fishing Gear Owners Association of Ghana is calling for greater transparency in the threats currently facing fishers in Ghana and the measures taken to resolve them to save the sector.

A statement released by the Association and signed by its president, Nana Kweigyah, among other things, called for broader stakeholder engagements and a lasting solution to the pertinent premix fuel shortages.

The statement forms part of activities to celebrate this year’s International Year of Artisanal Fisheries and Aquaculture, which falls on November 21 each year.

It also underscored the importance of the fishing sector to the Ghanaian economy and the need to ensure it is being run smoothly to cushion and empower the coastal population that largely depends on it.

“In Ghana, it has been a period of reawakening among artisanal fishers of the prospects that small-scale fisheries hold for coastal dwellers; men and women, and youth in particular. IYAFA has offered artisanal fishers in Ghana an important opportunity to highlight the challenges that the sector faces, and to empower stakeholders to take action to build new, and strengthen existing partnerships to sustain the sector.”

The statement went on to laud the strides and measures the Fisheries Commission has made so far.

“Recent interventions by the Ministry of Fisheries and Aquaculture (MoFAD), the Fisheries Commission (FC), and Partners to improve Regulation (e.g. the Legislative Review), Enforcement (e.g., the trawl gear modification, among others), and the planned gear exchange in the artisanal fisheries sector, give hope that with strong collaborations among stakeholders, the current bad situation can be made a good one.”

The Association acknowledged that though some progress has been made with the many challenges facing the sector, much is still needed to be done to ensure the livelihood of its members is protected.

“As an association, CaFGOAG acknowledges the enormous contributions of stakeholders in areas of improving governance and management of Ghana’s fisheries. This, we urge stakeholders to continue exceedingly especially in the face of emerging threats, to small-scale fisheries, associated with Debt Swaps and Blue Economy, which equally hold opportunities but need enough political will and commitment to harness these opportunities, and to avert disastrous consequences on artisanal fisheries.”

It further indicated the premix fuel shortages across the various landing beaches are causing apprehension among its members and demanded an urgent resolution.

“We are also bringing to the attention of the government that the halt in premix fuel supply without readily available alternative affordable fuel for artisanal fishers has caused a lot of apprehension among artisanal fisheries fraternity including fishers, processors, and fish workers, and it is important for MoFAD and the Premix Fuel Secretariat to urgently engage fishers on the way forward.”