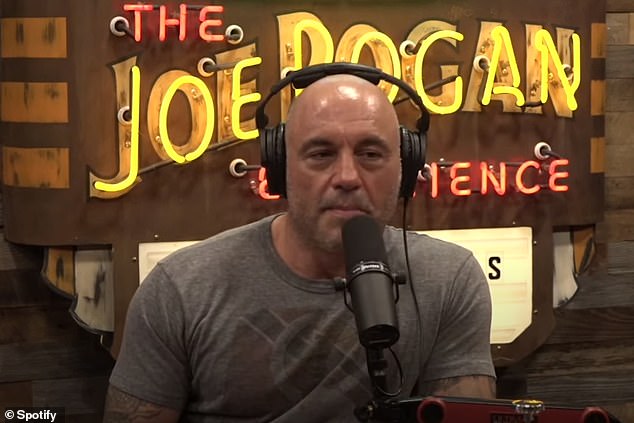 
The FBI responded on Friday to Meta CEO Mark Zuckerberg‘s claims that the agency warned Facebook about the Hunter Biden laptop story in October 2020.

During an appearance on the Joe Rogan Experience, Zuckerberg told the comedian the feds told the social media giant to be vigilant in the face of Russian disinformation campaigns prior to the 2020 presidential election.

Zuckerberg said the FBI did not name the Hunter Biden story specifically but it ‘fit the pattern’ of what the agency had discussed.

The press release read in part: ‘The FBI has provided companies with foreign threat indicators to help them protect their platforms and customers from abuse by foreign malign influence actors.’

The agency added they cannot ‘ask, or direct, companies to take action on information received.’

It also read: ‘[The FBI] routinely notifies U.S. private sector entities, including social media providers, of potential threat information, so that they can decide how to better defend against threats,’ reports NBC News.

Facebook CEO Mark Zuckerberg has revealed how the platform used an algorithm to suppress the Hunter Biden laptop story when it first surfaced in 2020.

Hunter’s laptop included a slew of compromising and X-rated content – including nude, pornographic and drug-related images and videos of the president’s adult son

Last Thursday, Zuckerberg explicitly stated: ‘The background here is the FBI basically came to us, some folks on our team, and was like, ‘Hey, just so you know, you should be on high alert … we thought there was a lot of Russian propaganda in the 2016 election.’

He continued: ‘We have it on notice that basically, there’s about to be some kind of dump that’s similar to that. So just be vigilant.’

For his part, Zuckerberg told Rogan that he regretted the decision to suppress the story.

He said: ‘It turned out after the fact — the fact-checkers looked into it, and no one was able to say it was false.’

The CEO went on: ‘Right? So basically, it had this period where it was getting less distribution. I think the process was pretty reasonable. You know, we still let people share it.’

Hunter Biden has not been charged with wrongdoing, but investigators have been looking into suspected violations of federal gun and tax laws

In the interview, Zuckerberg also addressed the issue of media censorship and was asked by Rogan how Facebook handles controversial news topics.

Zuckerberg explained how although the platform did not completely block the story like Twitter, it was still pushed down users’ newsfeeds for as long as a week until more information came down that would indicate whether the story was true or not.

At the time, more than 50 former senior intelligence officials signed a letter claiming the laptop story ‘had all the classic earmarks of a Russian information operation.’

Jon Paul Mac Isaac first acquired the laptop in 2019 when Hunter dropped it off at his store and never returned to get it.

He then turned it over to the FBI, and eight months later, Mac Isaac gave a copy of its hard drive to Donald Trump’s lawyer, Rudy Giuliani, in September 2020.

Giuliani then reportedly leaked documents and photos from the drive to the New York Post, and also gave a whole copy of the drive to Trump advisor Steve Bannon and his podcast co-host Jack Maxey.

On October 14, three weeks before the election, the New York Post published its first story on the scandal about an alleged meeting between Joe Biden and a Ukrainian businessman, found in Hunter’s emails.

Mainstream news outlet questioned the story and its source, with many speculating it was part of a misinformation campaign by Putin to influence the election.

But the New York Post had seen evidence of an FBI subpoena to seize the computer and hard drive, dated from December 2019.

By March 2021, DailyMail.com had authenticated the laptop and its contents, something the mainstream news outlets such as the New York Times did not do for another 12 months.

Zuckerberg attempted to shift attention by repeating how Twitter’s prohibited the sharing of the story and locked the Post’s account.

‘So we took a different path than Twitter. Basically the background here is the FBI, I think basically came to us — some folks on our team and was like, ‘Hey, um, just so you know, like, you should be on high alert. There was the — we thought that there was a lot of Russian propaganda in the 2016 election. We have it on notice that basically there’s about to be some kind of dump of — that’s similar to that. So just be vigilant.”

‘So our protocol is different from Twitter’s. What Twitter did is they said ‘You can’t share this at all.’ We didn’t do that,’ Zuckerberg said. ‘If something’s reported to us as potentially, misinformation, important misinformation, we also use this third party fact-checking program, cause we don’t wanna be deciding what’s true and false,’ he continued.

‘I think it was five or seven days when it was basically being determined, whether it was false. The distribution on Facebook was decreased, but people were still allowed to share it. So you could still share it. You could still consume it,’ he said.

Rogan then asked Zuckerberg what he meant when using the terms ‘decreased distribution’ to which he explained how it meant the story would appear lower down on people’s newsfeeds.

Rogan asked the percentage of the decrease in distribution.

‘I don’t know off the top of my head, but it’s meaningful,’ he said. ‘But basically, a lot of people were still able to share it. We got a lot of complaints that that was the case.’

‘We weren’t, sort of, as black and white about it as Twitter. We just kind of thought if the FBI, which I still view as a legitimate institution in this country, it’s a very professional law enforcement. They come to us and tell us that we need to be on guard about something. Then I wanna take that seriously,’ Zuckerberg said.

‘Did they specifically say you need to be on guard about that story?’ Rogan asked.

‘I don’t remember if it was that specifically, but it basically fit the pattern,’ Zuckerberg explained.

But Rogan then pushed further asking about the aftermath of suppressing the story which turned out to be factual.

‘Yeah. I mean, it sucks, it turned out after the fact. The fact-checkers looked into it, no one was able to say it was false, right. So basically it had this period where it was getting less distribution,’ Zuckerberg said.

‘I don’t know if the answer would’ve been don’t do anything or don’t have any process. I think the process was pretty reasonable. We still let people share it, but obviously you don’t want situations like that,’ he explained.

Conservatives both during and after the 2020 presidential election criticized Twitter’s censoring of the article.

The huge cache of files, emails and photos was seen by many as a smoking gun that could have turned the tide in the election, but social media bosses at Facebook and Twitter minimized the story for unfounded fears it could be Russian misinformation.

Among those who commented on Zuckerberg’s remarks on the Rogan show was Republican Iowa Senator Chuck Grassley.

He went on: ‘FBI & Facebook/Big Tech interfered in 2020 election Facebook acted as an arm of govt Both Facebook & FBI should b ashamed of interfering in our electoral process.’

GOP House leader Kevin McCarthy added: ‘The FBI colluded with Big Tech to silence news stories weeks before the 2020 election in an attempt to control your access to information.

‘Democrats in Congress have been intentionally ignoring the facts. When Republicans are back in charge, we will hold all of them accountable.’

Ted Cruz called it ‘complete corruption, plain and simple’ and Ron Johnson said: ‘We need whistleblowers to come forward to expose the truth, hold people accountable and restore integrity and credibility to the FBI and federal agencies. We need to get to the bottom of this corruption.’

The firm’s founder, Brad Maryman, was a 29-year veteran of the FBI, served as a Chief Information Security Officer and founded the bureau’s cyber forensics unit. His partner, Dr. Joseph Greenfield, is an associate professor at the University of Southern California and helped write their degree program in intelligence and cyber operations.

After an extensive analysis of the hard drive, Greenfield and Maryman produced a report for DailyMail.com detailing their findings.

Using the same forensic tools as federal and state law enforcement in criminal investigations, they found a total of 103,000 text messages, 154,000 emails and more than 2,000 photos.

– They found emails for multiple accounts on the laptop dating back to 2009, and other data which ‘appears to be related to Mr. Biden’ between 2016 and 2019.

– The report’s findings were consistent with the known timeline for the hard drive. A Wilmington, Delaware computer store work order with Hunter’s signature shows he left his 2017 MacBook Pro laptop there on April 12, 2019.

– Hunter’s iCloud email address was added to the laptop’s system on October 21 2018, as well as his work email at his firm Rosemont Seneca on February 2 2019.

– The same day, a Gmail address he used to log onto sex cam sites, and another personal Gmail address belonging to Hunter, were also added.

– Emails addressed to Hunter’s various email addresses dating from December 2009 to December 2020 were found on the system.

– An iPad with the name ‘Hunter’s iPad’ and three email addresses associated with the Biden family was backed up on the laptop and on iCloud in January 2019 and again a month later.

– Greenfield found 818 call logs in this iPad backup with timestamps from June 2016 to February 2019.

– In February 2019 an iPhone XS was also synced with the laptop. Its serial number was consistent with the timestamps of the data on the phone.

In conclusion, ‘The operating system timestamps appear to be authentic, and no evidence was found to suggest that the timestamps or data were altered or manufactured,’ the report said. ‘No indications were found that would suggest the data was manufactured.’

Share. Facebook Twitter Pinterest LinkedIn Tumblr Email
Previous ArticleStocks week ahead: September is historically a dismal month for stocks
Next Article Community members tie and flog widow after her late husband’s brother’s wife accused her of being a witch (Video)