Domestic Debt Exchange: Many Would Have Died Before Receiving Their Monies – Sammy Gyamfi | General News 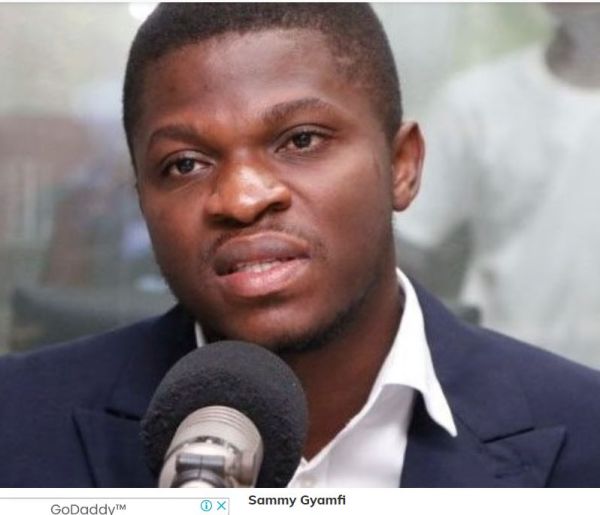 
National Communication Officer of the National Democratic Congress, Sammy Gyamfi, has said that looking at the arrangements for bondholders included in government’s Domestic Debt Exchange programme (DDE), many would have died before they get their monies.

According to him, government created this mess through reckless borrowing, yet they are not going to leave any investments that can even pay these debts when they leave office in 2024.

Speaking on Good Morning Ghana on January 12, monitored by GhanaWeb, he said, “..for those people whose investment will be maturing in 2023, by the time you get the entirety of your principal in 2023, you will be ten years more older, maybe you would have died and about 80 per cent or the entire money would have lost its value.

What the government is seeking to do with its debt exchange programme, the DDE, is to amend the interest it promised the Ghanaian who loaned it money (the bondholder) and the duration for which the lender is supposed to get his interest and principal back.

In other words, the government is swapping the agreement (the time and the promised interest) it had with the bondholder with a new one (new interest (s) and/or new duration(s)), hence the name, debt exchange.

Many have kicked against it and have vowed to head to court should government insists on including individual bond holders.