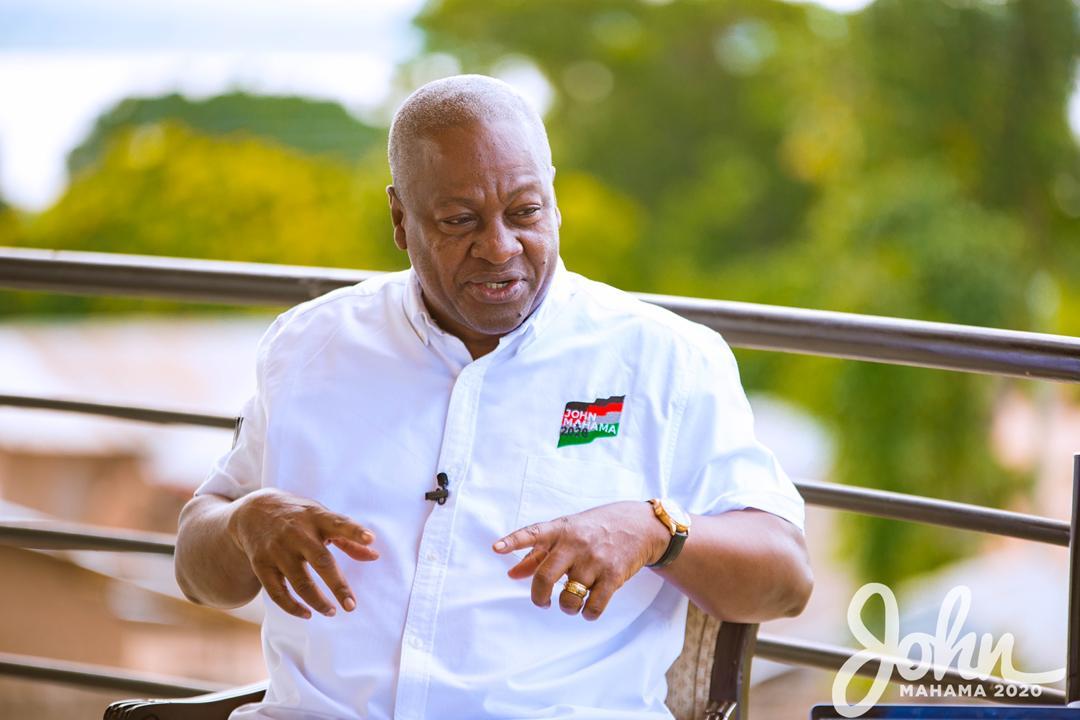 
Former President, John Dramani Mahama, has taken a dig at the government accusing it of lying to individual bondholders on the Domestic Debt Exchange Programme.

According to Mr. Mahama, the programme will force a ‘haircut’, which has the propensity to plunge more Ghanaians into poverty.

Government in December 2022 hinted that individual bondholders who were previously exempted from the Debt Exchange programme will be included, extending the deadline for registration to January 16, 2023.

The decision the former President said is a failure on the part of the government in its management of the economy, describing the Debt Exchange Programme as outrageous.

“Outrageous! Gov’t lies to individual bondholders; forces a haircut, and plunging more people into poverty! An absolute failure in managing our economy,” the former President tweeted on January 12, 2023.

Ghana announced a Domestic Debt Exchange programme on December 2022, and said that external restructuring was being negotiated with creditors.

The Ministry of Finance, in a statement, explained that, the extension date comes on the heels of the announcement of the Staff Level Agreement (SLA) between the government and the International Monetary Fund (IMF) on December 13, 2022.

The ministry had previously extended the registration deadline for the domestic debt exchange to December 30, 2022 from December 19, 2022 originally.

“This extension affords the government…the opportunity to consider suggestions made by all stakeholders with the aim of adjusting certain measures,” the Finance Ministry said in a statement on December 17, 2022.

However, the Finance Ministry said that eight additional instruments would be created, bringing the total number of new bonds to 12, with one maturing each year from 2027 to 2038.

It was not made clear what coupon values the new bonds would hold.

The announcement also said that individual bondholders would now be invited to participate in the programme, despite their initial exemption.

Below is the full statement by the Ministry

Accra, Ghana, 24th December 2022…As part of the Government’s efforts to address the country’s ongoing economic crisis, on 5th December 2022, we launched a domestic debt exchange pursuant to which we invited (the “Invitation”) certain holders of approximately GHS137.3 billion of the principal amount outstanding of certain of our domestic notes and bonds issued by the Government, E.S.L.A. Plc or Daakye Trust Plc (the “Eligible Bonds”) to exchange their Eligible Bonds for a package of new bonds to be issued by the Government (the “New Bonds”).

The terms and conditions of the Invitation are described in an exchange memorandum (the “Exchange Memorandum”) available at https://projects.morrowsodali.com/ghanadde. Capitalized terms used but not defined herein have the meaning ascribed to such terms in the Exchange Memorandum.

3. In addition to the foregoing extensions, the Government announces the following modifications to the Invitation to Exchange, which are set forth in further detail on the Term Sheet attached as Annex A to this press release:

i. Offering accrued and unpaid interest on Eligible Bonds, and a cash tender fee payment to holders of Eligible Bonds maturing in 2023;

iv. Setting a non-binding target minimum level of overall participation of 80% of aggregate principal amount outstanding of Eligible Bonds; and

v. Expanding the type of investors that can participate in the Exchange to now include Individual Investors.

4. These modifications will be set forth fully in an Amended and Restated Exchange Memorandum which is expected to be published during the week of 26th December 2022. Conforming changes (including adding and modifying defined terms) in respect of the above amendments and modifications to cure ambiguity, omission, defect, error or inconsistency may be included in the Amended and Restated Exchange Memorandum.

5. As set forth in the Exchange Memorandum, the Government reserves the right in its sole discretion to extend the timetable for the Invitation at any time and to make amendments to the Invitation at any time. Any Eligible Holders whose Eligible Bonds are held on its behalf by a broker, dealer, bank, custodian, trust company or other nominee must contact such entity if it wishes to participate in the Invitation, as such entities may establish an earlier deadline to receive instructions to tender Eligible Bonds.

6. In making this decision to extend and the modifications described herein, the Government considered feedback from the financial sector in relation to the need to secure internal approvals. Further, this extension affords the Government of Ghana the opportunity to consider suggestions made by all stakeholders with the aim of adjusting certain measures acceptable within the constraints of the Government’s Debt Sustainability Analysis.END