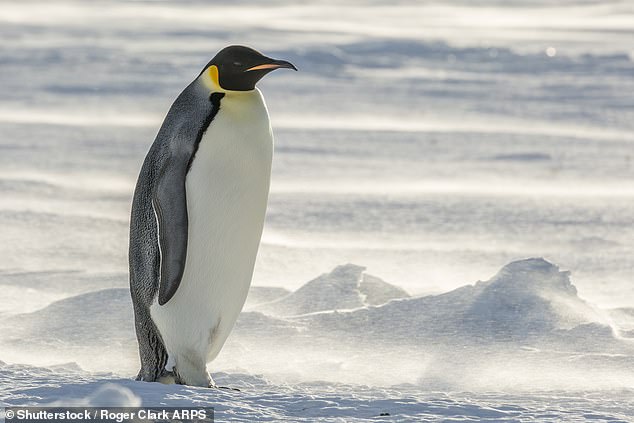 By Eleanor Dye For Mailonline

Workers discovered containers full of human body parts and a dead penguin – thought to come from Edinburgh zoo – while clearing a disposal site, a court heard.

The 55-year-old is on trial at Hamilton Sheriff Court where he denies allegations HES breached regulations at its site near Shotts, Lanarkshire, and another site in Dundee.

Peter Wightwick, a contractor, said other dead animals were also found at Shotts site but were unidentifiable because they had turned into a ‘kind of liquid fur’.

Hamilton Sheriff Court heard the cost of clearing the HES site in Shotts rose to almost £660,000 and took nearly a year to complete.

Wightwick said his team had to burst open pallets of medical waste and found containers of human body parts mixed with other rubbish.

He claimed it took almost all of 2020 to clear the plant which was ‘wall-to-wall’ with medical waste.

Photographs shown to the court included one of a penguin carcass which is said to have come from Edinburgh Zoo.

Wightwick claimed other dead animals were found at the site but were unidentifiable because they had turned to a ‘kind of liquid fur’.

Wightwick said his Cliniwaste Health firm, appointed by HES administrators, ran up a bill of £658,585 clearing the site.

In evidence, Wightwick added: ‘When we first went on site it was wall-to-wall with waste and we had to clear an area to work from because there was no space there.

‘Anatomical waste was seen as the highest risk waste that remained on site.

‘Initially it was hard to identify what anything was and we had thought the anatomical waste was in the freezer but when we started dismantling the pallets, there was anatomical waste in them.

‘We would then have to remove it, document it, repackage it and send it for onward disposal.

‘We were finding anatomical waste quite regularly, probably daily because it took months to get through the site.’

Mark Heggie, a senior policy officer at the Scottish Environment Protection Agency (SEPA), told the trial rules on incinerating body parts were temporarily changed to deal with the waste.

He said: ‘We allowed anatomical waste to be burnt at 850 degrees rather than at 1,100 degrees. This was done during the period when HES had shut down and there was a piece of kit on the site at Shotts to allow this to happen.’

The trial has heard allegations that Pettigrew, who was managing director of HES, stockpiled waste while he waited for an incinerator to be built at the Lanarkshire site.

Prosecutors claim Pettigrew, 55, kept more than 187 tonnes of hazardous waste, including human body parts, at the Shotts depot between May 2017 and April 2019, when the firm went into liquidation.

The trial before Sheriff Liam Murphy continues next month.