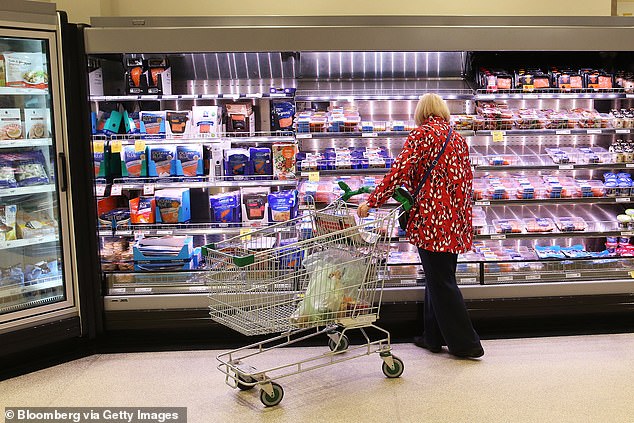 
From standing in the freezer aisle at Woolies trying to decide what was for dinner to being $100,000 richer: How single phone call turned mum’s ‘s**t year’ around

A Woolworths shopper has walked away from her local supermarket $100,000 richer after receiving news she had won a huge lottery prize while deciding on her dinner.

The Coffs Harbour woman was standing in the freezer aisle considering her choices when she was told she had won the 1st prise in Lucky Lotteries´ Super Jackpot draw 10735 on November 29.

‘We’ve had such a s**t year, so this is really life-changing!’ she told an official from The Lott.

‘I’m standing in the middle of a Woolworths aisle deciding what to buy for dinner! But instead, I’m going to go pay for my groceries and rush home!’

The woman – who purchased her winning entry of one random number online at The Lott – said it as a welcome financial boost for herself and her husband for their festive plans.

‘We’re over the moon!’ she continued.

‘I haven’t really had much time to think about what we will do with the prize, but I know it will come in handy for Christmas.’

‘We will definitely celebrate tonight!’

Lucky Lotteries´ Super and Mega Jackpots are raffle-style games, meaning there is a set number of tickets in each draw and no prizes can be shared.

Over the last financial year, 169 Lucky Lotteries 1st Prize and Jackpot winning entries across the country won more than $32.95 million.

Earlier this year, a group of West Australian miners struck gold after winning a share of Powerball´s $160m jackpot on a ‘spur-of-the-moment’ buy.

The group of 20 miners from Kalgoorlie-Boulder paid $100 each for their tickets, winning $53m of the division one prize pool.