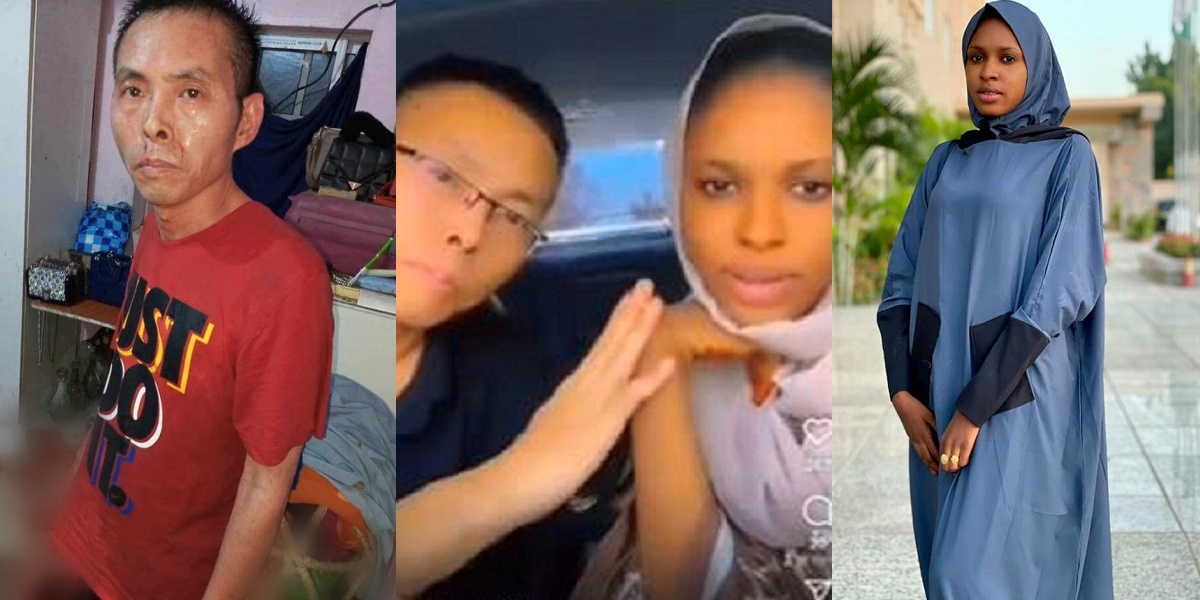 
A Chinese man has allegedly stabbed his girlfriend, identified as Ummakulsum Sani Buhari, to death in Kano.

It was learnt that the tragic incident happened on Friday, September 16, when the suspect visited his 23-year-old lover at her parents’ house at Janbulo quarters, Kumbotso Local Government Area of Kano State.

Although the reason he murdered his girlfriend in cold blood is still sketchy, viral reports claimed that the Chinese man killed the lady, popularly known as “Ummita,” because she had previously ignored his calls when he phoned her.

A Twitter user, @ahmadranking, claimed that a misunderstanding between the couple led to the incident.

“Little misunderstanding, Called her repeatedly and she didn’t pick, went to their home, bang repeatedly at their door, her mom got furious and decided to come confront him, he pushed her as she opened the door and head straight in where he located Ummita and stabbed her to death.” He tweeted.

#JusticeForUmmita is currently trending on Twitter, with Nigerians flocking to the microblogging platform to demand that the suspect be brought to justice.

However, speaking with the Daily Trust, the mother of the deceased lady demanded justice as she narrated the affair between her daughter and the Chinese.

“I want the authorities to see to this criminal act. It was long since their love affair ended. She got married and later got divorced. That was when he came back to her life, pressing that he must see her. He used to come in although we don’t like it but he doesn’t understand. We used to chase him out. When I attempted informing the police, my children would refuse and say let’s not take the matter public.

“The man that came to her aid and went through the window; he was the one who caught him (the Chinese) and brought him out. He ran off and they chased him and brought him back. He is now with the police. She was my eldest daughter but she has two elder brothers.” Daily Trust quoted her as saying.

The Special Assistant to the President on Digital Communications, Bashir Ahmed, has confirmed that the Chinese man has been arrested and is now in custody.

Ummita has been laid to rest according to Islamic rites.

Watch a video of the duo together below,

This is the reason Kano is trending

They were in love and he butchered her. She didn’t deserve this.

Share. Facebook Twitter Pinterest LinkedIn Tumblr Email
Previous ArticleJapan’s Emperor Naruhito fly first class to London for Queen’s funeral – but will board shuttle bus
Next Article “Thanking God for my amazing son” – Ehi Ogbebor shares chat with son as she reacts to video of boy who destroyed his mother’s house