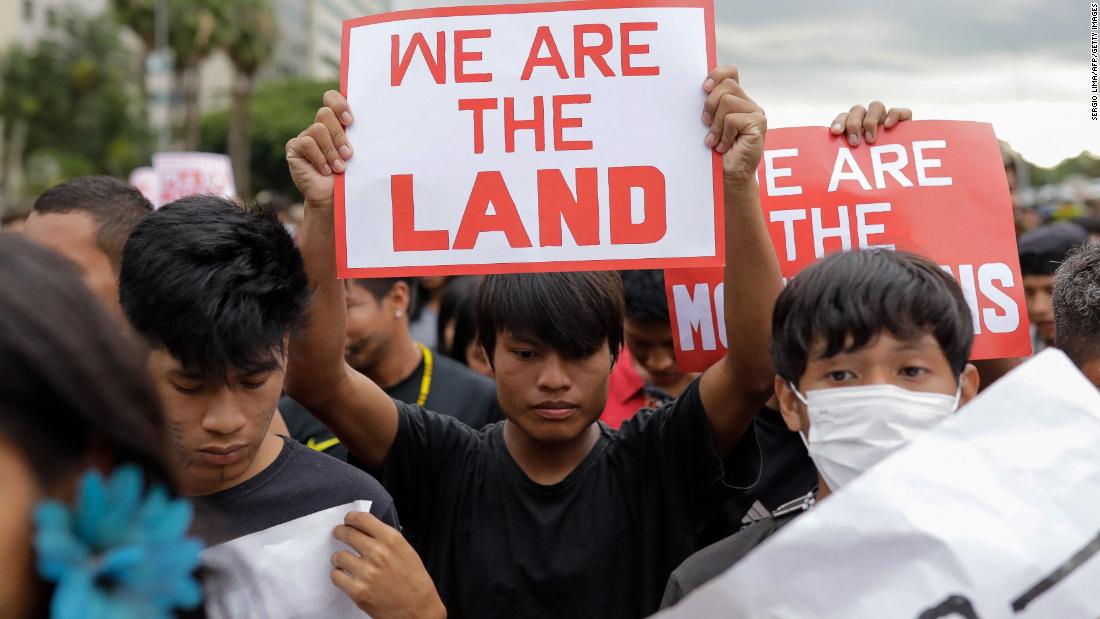 “This government favors the exploitation and private appropriation of Indigenous territories,” the council said.

In 2021, 305 such incidents occurred across 22 states in Brazil, compared to only 109 cases in 2018, reported CIMI, a Christian organization that advocates for the rights of indigenous people in Brazil.

CIMI said that incursions onto indigenous lands have been on the rise since 2016, but has escalated under Bolsonaro’s government.

“In addition to the quantitative increase in cases and lands affected by the illegal action of miners, loggers, hunters, fishermen and land grabbers, among others, the invaders intensified their presence and the brutality of their actions in indigenous territories,” the council said, accusing Bolsonaro of loosening protections.

The CIMI report said one example is a Bolsonaro-era regulation known as “Normative Instruction 9,” which has made it easier for private landowners to obtain property certificates in lands that previously would have been off-limits. The regulation states that landowners can register property on any land that is not officially demarcated as indigenous territory. But there are swaths of territory that are in the middle of the lengthy process to get officially demarcated as indigenous land, where private landowner have been able to lay claim.

“The Normative Instruction 09, in essence, intends to provide legitimacy and allow the issuance of property titles for invaders of indigenous lands,” said the CIMI report.

Bolsonaro has long argued that he is working to protect Brazil’s natural resources. In May, he signed an environmental protection decree to raise fines for illegal logging, fishing, burning, hunting, and deforestation. And during his presidency, Brazil’s National Indian Foundation (FUNAI) — a government agency that oversees policies related to indigenous communities — invested $16 million in surveillance of indigenous lands to combat illegal activities there.

However, Bolsonaro has also called to develop indigenous lands, and said that the natural resources they contain should be put to use for the economic welfare of the country and indigenous groups.

According to CIMI report, this set of actions — speech, norms and intention of modifying the constitution through a series of bills — gave invaders confidence to advance their illegal actions onto indigenous lands.

“Illegal mining sites (garimpos) have now developed extensive infrastructure, invaders increased the deforestation of forest areas to open pastures and plant monocultures, and hunters, fishermen and loggers intensified their incursions into the territories,” the report added.

“The indigenous cannot continue to be poor over a rich land,” Bolsonaro said in April 2019, estimating that their protected lands have “trillions of reais underground.”

Data from the National Institute for Space Research (INPE) shows that under his presidency, destruction of the world’s largest rainforest has deepened, setting a new record in deforestation of the Amazon in the first half of 2022.

According to data from INPE satellites, 3,750 square kilometers (1,448 square miles) were deforested between January 1 and June 24 — the largest area since 2016, when the institute began this type of monitoring.

In a response to CNN, the Environmental Ministry pointed to INPE data that shows deforestation on indigenous lands fell by 26.8% between 2019 and 2021. While accurate, these numbers ignore data from 2018, the year before Bolsonaro took office. INPE data shows that between 2018 and 2019, deforestation in these same territories had nearly doubled.

According to the CIMI report, the indigenous communities in Brazil most affected by illegal activity on protected lands were the Yanomami, Munduruku, Pataxó, Muras, Uru-eu-wau-waus, Karipuna, Chiquitanos, and Kadiwéus peoples.

“We are not fighting over someone else’s property. We only want what traditionally belongs to us,” said Alenir Aquines Ximendes, from the Kaiowá people, in the CIMI report.

“Violence will continue, but we will be fighting, resisting, praying and singing,” Alenir added.