Black Stars players get Tecno phones ahead of Portugal game 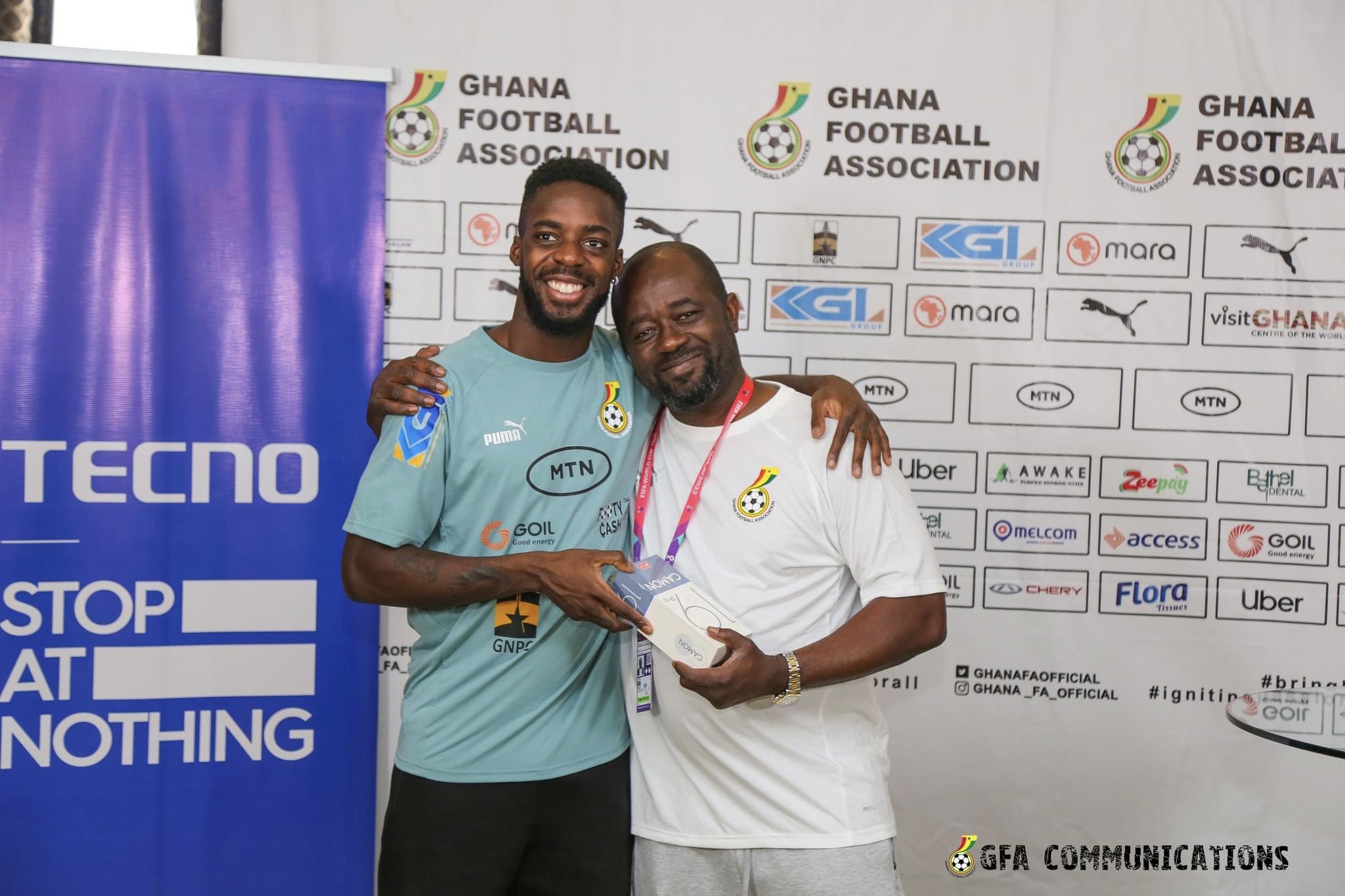 
Ghana’s Black Stars were on Tuesday presented with Tecno Camon 19 smartphones to motivate them ahead of their game with Portugal.

The presentation was done by the President of the Ghana Football Association, Kurt Okraku to all members of the playing and backroom staff at their camp in Qatar.

The Black Stars will be eyeing a winning start to their group-stage campaign in Qatar as they take on Cristiano Ronaldo’s Portugal in the 2022 FIFA World Cup Group H match at Stadium 974 on Thursday.

This will be the Black Stars’ maiden match in a group that also includes tough teams such as Uruguay and South Korea.

Former President John Mahama has urged the senior national team to perform at their highest level during the competition in Qatar.

He praised the Stars’ previous successes and urged Ghanaians to support the squad as they prepare to take on the rest of the globe.

“By once again heeding the call of the public and demonstrating their willingness to stand up for the country, the players and technical team have done their part.”

Parts of the post stated, “As Ghanaians, we must regard this as a call to national duty. It must be our patriotic responsibility as citizens to give them our full support.”

The Vice President of Ghana, Dr Mahamudu Bawumia, has also urged the Black Stars to represent the country well when they take to the field in the 2022 FIFA World Cup.

“The moment has come for the Black Stars to take on the World,” he said in a video on social media where he showed his skillset. We have a group of talented players who have been selected, and they cannot be intimidated by anyone.

“I want to urge the Black Stars to go on and play their hearts out for Mother Ghana. We can stand the world. We have done it before, and we can do it again. They should go out and emulate the historic deeds of their predecessors. God bless you all. You can do it.”