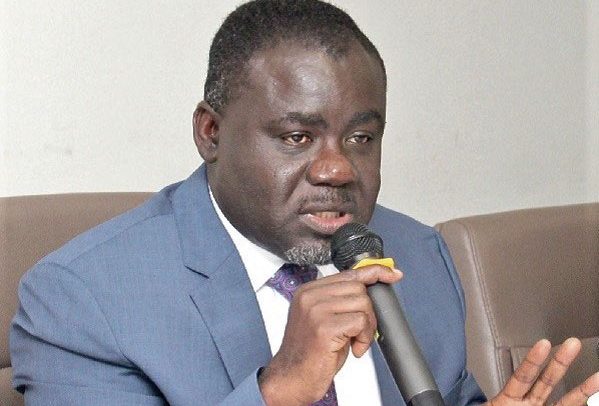 
The Minister of Transport, Kwaku Ofori Asiamah, narrowly escaped a referral to the Privileges Committee of Parliament for absenting himself from the House.

The Minister was scheduled on Tuesday [June 21, 2022] morning to answer questions by legislators, but did not show up.

He asked for more time to answer the questions through a letter written by the Chief Director of the Ministry to Parliament.

But the Speaker, Alban Bagbin who did not take kindly to the absence of the Minister, indicated that his actions amount to contempt of Parliament.

The majority leadership intervened and asked Bagbin to be considerate, as the minister had previously been punctual.

In making comments on the issue, Bagbin said, “ministers don’t decide when they will appear to the house to answer questions. It is for the House and the Speaker and so, by the constitutional provision, this constitutes contempt of the House. This is one of the ministers who used to be very punctual in responding to questions to members, but of late his conduct seems to be negating all the gains he has made in the house.”

Parliament has recently taken a strong stance against ministers who fail to honour invitations to answer questions posed by MPs.

The Speaker of Parliament, Alban Bagbin, last week put all businesses from the Ministry of Finance on ice until all pending questions are answered, and a COVID-19 Expenditure statement is delivered by the sector minister, Ken Ofori-Atta.

Already, a 75 million Euro facility for a COVID-19 response program has been suspended pending the delivery of the account statement to the house.

“Until we go through the accountability process, we will not take that motion… Today, he has another request before us. That will also be affected.”

“Until he comes to respond to the questions and to submit the statement giving an explanation as to how the money has been applied, we will not entertain any business from that Ministry,” Mr. Bagbin said.