ATAG kicks against COLA for teachers; pushes for 15% salary increment 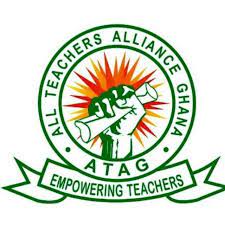 
The All Teachers Alliance Ghana (ATAG) is urging teacher unions to push for a 15% increment in salaries instead of a 20% Cost of Living Allowance (COLA) from government.

According to the union, even though the call for COLA is legitimate, teacher unions should use the opportunity to fight for a permanent solution to the challenges facing teachers.

“Though teacher unions are fighting for COLA, we think that relying on only the COLA to drum home their demands in this time could be unrealistic and not sufficient. We have a lot of issues with our conditions of service and the GES has denied teachers a lot of privileges so if an opportunity has come for us to press home our demands and put legitimate pressure on the government, then we must not approach the government with one leg”, says President of the union, Isaac Ofori.

He says an increment in salaries will be a major step in lessening the burden on teachers.

“So instead of 20 percent COLA, we should go for an increment of salaries of not less 15 percent which is more permanent and bring us some relief”, he advocated.

Teachers are demanding that the government pay them 20 percent Cost Of Living Allowance (COLA) by the end of June 2022 or risk having them go on strike.

They have given a June ending ultimatum on the back of current economic conditions and the worsening plight of teachers, as well as the government’s failure to negotiate.