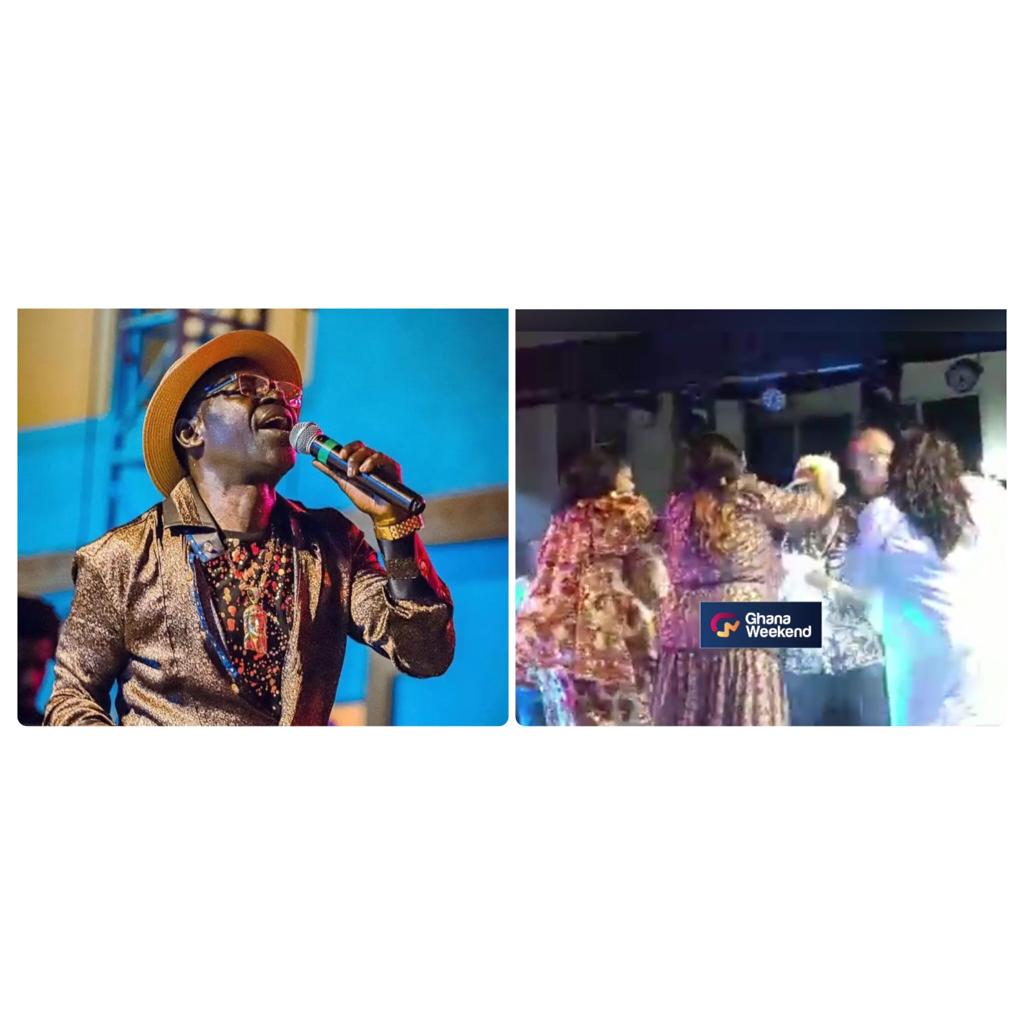 
Legendary Highlife musician, Amakye Dede, on Saturday, put up an astounding performance at this year’s edition of ‘Amakye Dede Live In Concert’ held at the Bayview Village, Madina in Accra.

‘Amakye Dede Live In Concert’, which served as a birthday present to the fans of the veteran musician featured his long-time friend, Lee Dodou, a Ghanaian highlife legend and highlife/hiplife sensation, Kofi Kinaata.

This year’s event had a mammoth attendance and the patrons were superb. Immediately the MC for the night introduced Amakye Dede on stage to perform, there were clamorous Cheers from the patrons.

The ‘Dabi Dabi’ crooner delivered a spirited performance to the admiration of all. He took to the stage in his well-designed apparel. He did not exert much energy while performing his songs as fans grasped each one of them and owned it.

It was extremely amazing how the fans joined him during his performance by dancing and singing alongside as he dropped the back-to-back hit songs on stage.

His technique on the microphone and his interaction with the tumultuous crowd were pure class. The most enthralling part of his magnificent performance was when he was joined on stage by his wife.

It was a delight to watch the legendary musician who has never disappointed with his energetic performances perform with his wife.

He spent over an hour on stage – during which he classically performed his hit songs including: ‘Dabi Dabi Ebe Ye Yie’, Iron Boy, Odo Daababi” ‘Sika ne Berima’ among others.

Patrons of the event were indeed given a memorable experience of a lifetime. Those who spoke with Ghanaweekend.com after the event were satisfied with the performances of all the artists on the night.

Watch how he performed with his wife in the video below