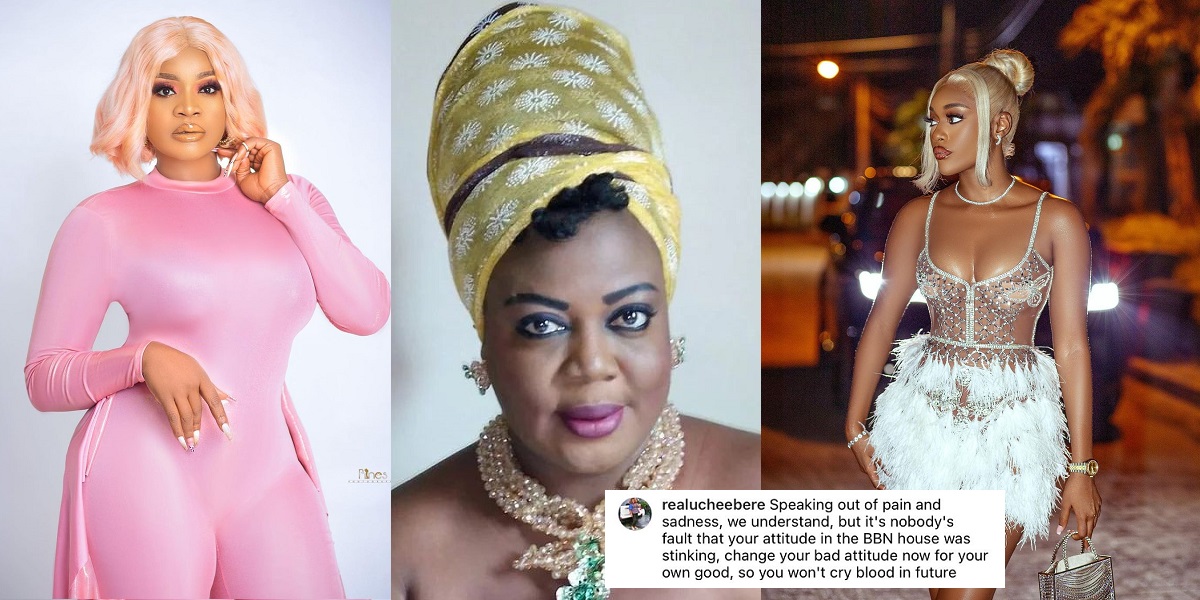 Beauty had stated this during an Instagram live session. According to her, N100 million, which was the grand prize for the BBNaija level-up season, is a small sum of money and she cannot be found struggling for it.

“I can’t be found shouting because of N100m; it’s small change”, she said. ICYMI

However, her statement didn’t go down well with a lot of people who dragged her to filth on the Nigerian cyberspace.

Some Nollywood actresses have also shared their two cents on Beauty’s braggadocious utterance.

Actress, Uche Ogbodo, reacting, described Beauty as a blatant liar and said she would personally scream her lungs out if she’s given N1 million, talk more of N100 million.

“all this Lie Lie Children ooo. Abeg I for shout sef for 1M. I never even see 10M before e come be 100M Abeg oooo. I go Whale not Shout,” she commented.

On her part, veteran actress, Uche Elendu, accused Beauty of speaking from a place of pain and sadness because she was booted out of the reality show prematurely due to her ill attitude.

She wrote, “Speaking out of pain and sadness, we understand, but it’s nobody’s fault that your attitude in the BBN house was stinking, change your bad attitude now for your own good, so you won’t cry blood in future”.