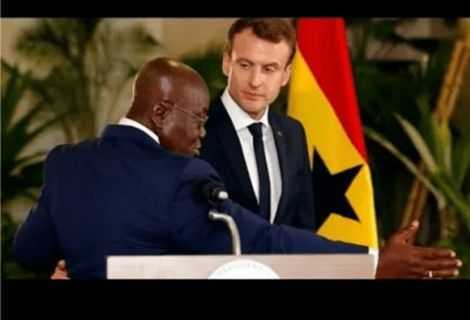 
Ghana’s president, Nana Addo Dankwa Akufo-Addo, has sent words of congratulations to the President of France, Emmanuel Macron, on the re-election of the latter as the country’s political leader.

This win gives the French president a second term in office after he won by a 58.5% vote margin, making him the first French leader to be reelected in 20 years.

Macron faced off with Le Pen in a runoff after they both finished in first and second place respectively, among 12 candidates who ran in the first round on April 10, 2022.

To celebrate this feat by the President of France, Nana Addo Dankwa Akufo-Addo wrote on his social media handles that he is optimistic Macron’s win means the future of France is secure.

“Warm congratulations to His Excellency Emmanuel Macron on his historic re-election, for a 2nd term, as President of the French Republic. I wish him well in the discharge of his mandate, and in the crucial tasks of uniting the French nation and helping to weather the buffeting storms confronting Europe and the world. I am confident that the future of the French people is secure in his hands,” he wrote.

“I assure him of my and Ghana’s co-operation and continuing friendship,” he added.