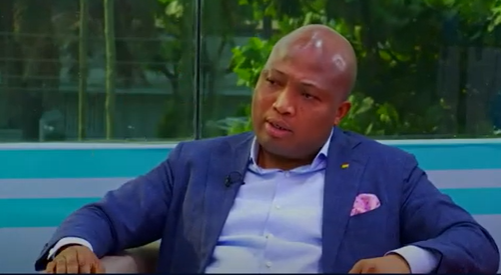 
The Member of Parliament for North Tongu, Samuel Okudzeto Ablakwa has recounted how he uncovered the supposed double identity of the Secretary to the Board of Trustees of the National Cathedral, Rev. Victor Kusi Boateng.

According to him, he was intrigued when he saw Rev. Victor Kusi Boateng being the same as Kwabena Adu Gyamfi after securing a copy of the National Cathedral Secretariat’s Incorporation documents.

He explained that he started digging into the double identity of Rev. Victor Kusi Boateng when he sighted in the incorporation documents that he was one of the contractors for the project, with registration name Kwabena Adu Gyamfi.

Kwabena Adu Gyamfi, as alleged by Mr. Ablakwa during his investigative piece unearthed that JNS Talent, which was paid GH₵‎2.6 million belongs to the appointed Secretary of the National Cathedral Board of Trustees, Victor Kusi Boateng.

JNS Talent Centre Ltd which allegedly runs a crèche in Dawhenya was paid some GH¢2.6 million to help build the cathedral.

Speaking on Face to Face on Citi TV with Umaru Sanda Amadu, the vociferous legislator explained, “I obtained a copy of the National Cathedral Secretariat Incorporations documents, I realised that JNS Talent Centre Ltd paid GH¢2.6 million as contractor mobilisation. We know of only one contractor, but I realised that JNS Talent was one of the contractors. You go through the entire documentation and there’s no contract, no agreements, no supporting documents at all for this payment, you get suspicious.”

“I discovered that JNS has three directors, Yohannes Eshun, Sheila Eshun and one Kwabena Adu Gyamfi. What services are they rendering under the National Cathedral project? I discovered that it was a skill and talent development, what are they doing here on this project? They are not contractors, engineers, or architects, very strange. I went deeper and realised that the only thing they have done is to set up a crèche at Dawhyena with few innocent souls,” he narrated.

He noted that he called the wife of Rev. Victor Kusi Boateng, Sheila Eshun who admitted the company received the money but the husband who had travelled has more details on the payment.

“The document I intercepted, there was a number, so I called his wife, and she told me his husband who has the facts has travelled and will return back in two weeks, but the call never came. I sent my team to the church to verify if I was being told the truth. And there he was preaching, they had service with Johannes Eshun. The claim that he was out of the country was a lie,” he stated.

According to him, there was no footprint of Kwabena Adu Gyamfi who was cited as the third director.

“The third director was elusive, there was no digital footprint, no evidence, so I was like who is this guy [Kwabena Adu Gyamfi], he was so elusive. I said let me dig deeper as to how he was able to register his company and all that. What idea did this guy use? Lo and behold, I saw Rev. Kusi Boateng’s passport picture that was used for registration, and the name is Kwabena Adu Gyamfi. And I said what’s going on here? I thought it was a second conflict of interest, for money being paid to a junior pastor for no work done.”