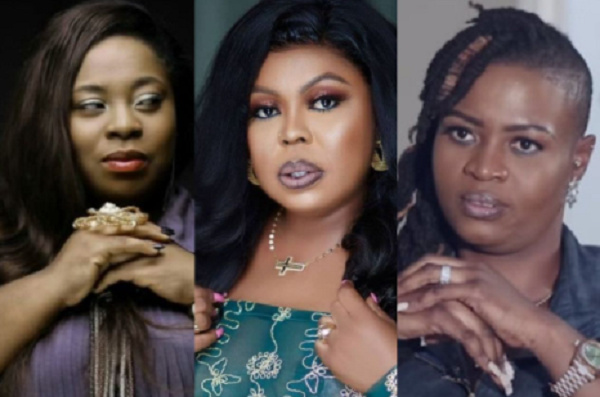 The leaked audio of Psalm Adjeteyfio (TT) where he was heard ‘begging’ for leftovers from MzGee has not only been thoroughly discussed on several media platforms but has also been met with tons of reactions from some Ghanaian celebrities.

These celebrities have waded in the ongoing controversy surrounding the veteran actor’s audio which has since been making waves on social media and have touched on various angles of it.

While some have slammed TT for begging for help after receiving numerous donations including the GH₵50,000 from Vice President Dr. Mahamudu Bawumia, others are on the mission to unravel and attack the individual responsible for leaking the actor’s audio that has since subjected him to mockery and condemnation on social media.

Popular TV presenter, Amanda Jissih has not only defended the veteran actor but has also pointed accusing fingers at MzGee for releasing TT’s audio which was sent to her in confidentiality.

On the other hand, Ayisha Modi and Afia Schwarzenegger have chided Psalm Adjeeteyfio for being a nuisance to society, having a wild sense of entitlement, and misusing monies donated to him earlier.

Ghanaian actress, Kafui Danku has defended MzGee adding that her intentions have always been clear towards Psalm Adjeteyfio.