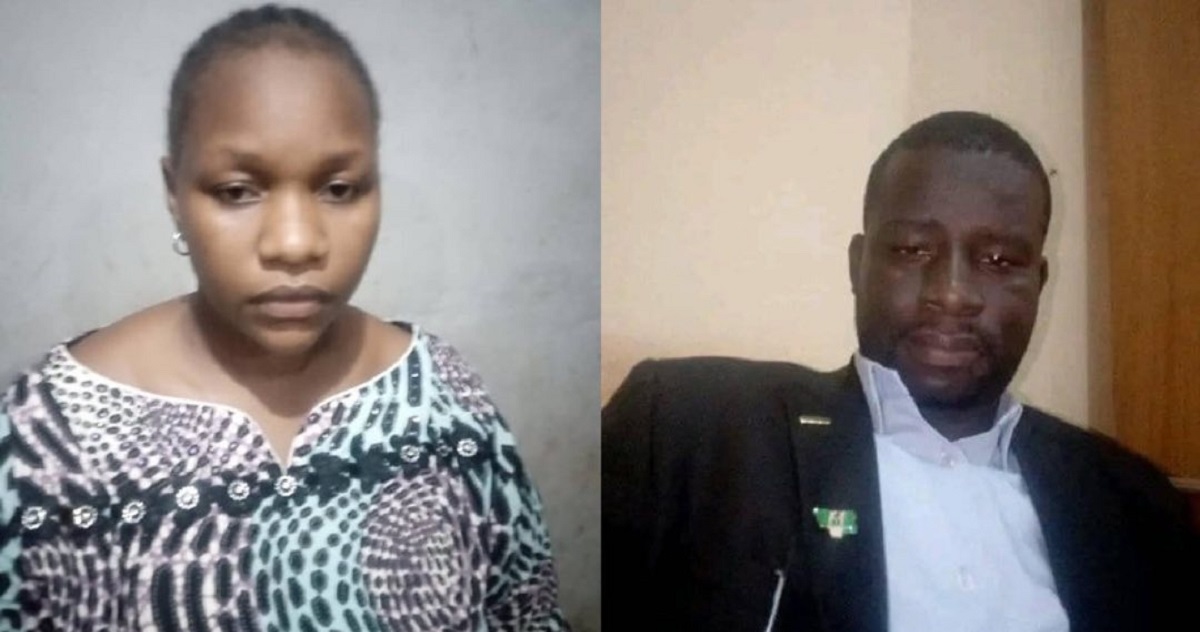 
A woman identified as Farida Abubakar, has been arrested by the police in Kebbi State for allegedly killing her estranged husband, Attahiru Ibrahim Zagga.

It was gathered that the 30-year-old suspect allegedly stabbed her estranged husband to death at his residence in Alieru Quarters, Birnin Kebbi on Thursday night, August 25.

SP Nafiu Abubakar, who is the spokesperson of the command, released a statement on Friday, August 26, and it was revealed the deceased is a Magistrate judge with Kebbi State judiciary.

“At about 11:40pm on Thursday, Policemen attached to the Divisional Police Headquarters, Gwadangaji, received an information that, a suspected strange noise was heard from the house of the victim, Attahiru Ibrahim, and his gate was also locked.

On receipt of the information, a team of Policemen were swiftly mobilized to the scene and forced themselves into the house where they found the said Attahiru Ibrahim lying down in pool of his own [email protected]@d and was later confirmed [email protected] by a medical Doctor

Similarly, his estranged wife, Farida Abubakar, was also seen inside the compound. Hence, she was suspected and arrested in connection with the case,” the statement read.