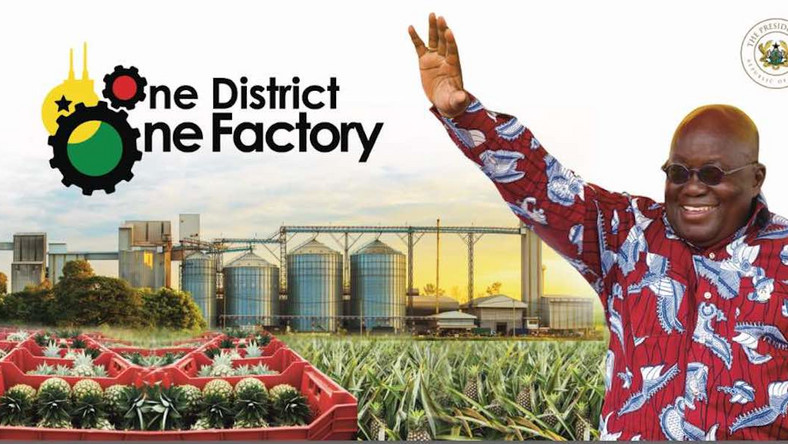 
Government in its 2023 budget has revealed that a total of 296 One District One Factory (1D1F) projects are at various stages of implementation.

The initiative is being implemented by supporting business owners to establish new factories or transform existing manufacturing enterprises to contribute significantly to job creation across the country.

Presenting the government’s economic policy and budget statement for the next fiscal year, Finance Minister, Ken Ofori-Atta mentioned that government is making some inroads with the project.

To date, a total of 296 1D1F projects are at various stages of implementation, out of which 126 are currently operational, 143 are under construction, and 27 are pipeline projects.

The government indicates that currently over 126 factories are operational, and it will continue to support existing projects with technical upkeep.

“In 2023, Government will intensify support to existing and new manufacturing enterprises with technical assistance, credit facilitation, and access to electricity and other infrastructure”, the Minister added.

The 1D1F initiative was introduced by the Akufo-Addo government to boost the country’s industrialization drive as well as create numerous employment opportunities for Ghanaians.

It is being spearheaded by the Ministry of Trade and Industry under the leadership of the sector minister, Alan Kwadwo Kyerematen.

Government has described the initiative as the biggest industrialization programme Ghana has seen since its colonial days.

More than 150,000 direct and indirect jobs have been created under the project, which government believes has gone a long way to address the problem of unemployment in the country.