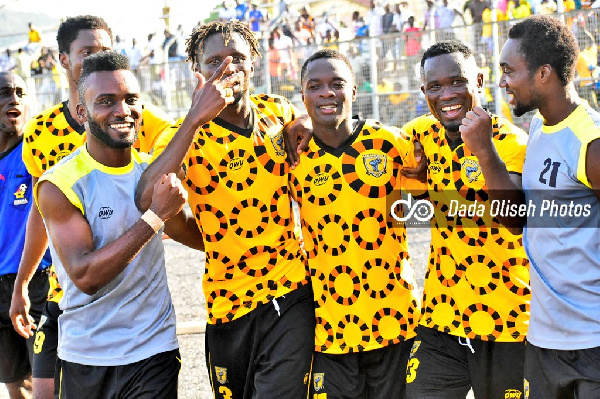 
AshantiGold SC will wish to begin the new year on a good note so as to overcome their recent predicaments when they host Medeama SC at the Len Clay Stadium in Obuasi on Monday.

The Miners have been in embarrassing form lately having lost three and drawing one game in the last four matches in all competitions.

AshantiGold suffered home losses to Aduana Stars in the league and to Bechem United in the FA Cup.

They drew with Great Olympics at home before losing 1-0 away to Berekum Chelsea last week in the Ghana Premier League.

The Gold and Black lads have been winless in their last four home games in all competitions since they beat Accra Hearts of Oak at home.

It has been two draws and two defeats since that 2-0 win over the title holders in November.

AshantiGold go into the match with the unavailability of first-choice goalkeeper Kofi Mensah who remains sidelined with an injury he sustained on matchday four.

Defender Richard Osei Agyemang is expected back to face Medeama on Monday.

Medeama will make the 145 kilometres trip from Tarkwa to Obuasi with some kind of a decent form as to tackle AshantiGold on Monday afternoon.

The Mauve and Yellows have lost just one of their last eight league matches where they have claimed 4 wins and drawn thrice on October 31, 2021.

Medeama suffered a setback in their resurgency in their last outing in the league having conceded in the additional minutes to lose 1-0 to WAFA SC.

The Tarkwa based club will be looking to maintain their recent dominance over the Miners.

Medeama are unbeaten in the last 4 meetings with AshantiGold having managed three wins with all ending 1-0 and one drawn game (their visit to Obuasi).