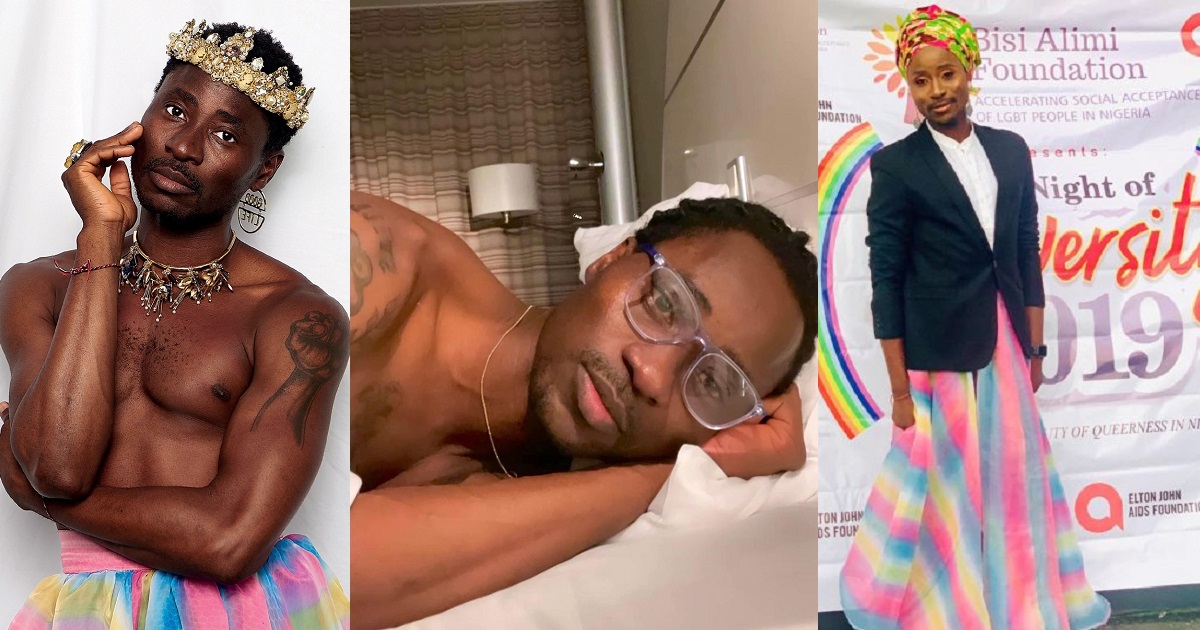 
Nigerian gay rights activist, Bisi Alimi, has asked closeted members of the Lesbian, Gay, Bisexual, Transgender, Queer, and Intersex communities in Nigeria to come out of the closet.

Bisi, who is the first Nigerian to openly declare his sexuality as gay on national television, urged others still in the closet to come out.

According to him, if they open up about their sexuality there parents won’t die, insisting that it’s a lie used to keep them in closet.

“Dear Nigerian LGBTQI+ people, your parents won’t die if you come out; it’s a lie that used to keep you in the closet. You have your life to live; enjoy it.”

A while ago, Bisi Alimi spoke on his strained relationship with his biological mum.

He claimed his mother consistently blackmailed him emotionally till he got tired and decided to give her space. He noted that she’s now trying to establish a relationship with him, but the ship has sailed.

Using his personal experience as example, Bisi Alimi appealed to parents to desist from using emotional blackmail to get the attention of their children.

“My mother lost me due to her emotional blackmail. You can only emotionally blackmail your kids for as long as you can. One day the veil will be lifted and they will walk away from your toxic behavior.

Now she is the one trying her best to get me back but sad to say the ship has sailed. Parents, stop using emotional blackmail to get your kids attention”. He said.

NHIA introduces instant healthcare for persons aged 70 and above

Nigerian singer, Fave calls out Kenyan show organizers over hostility shown towards her