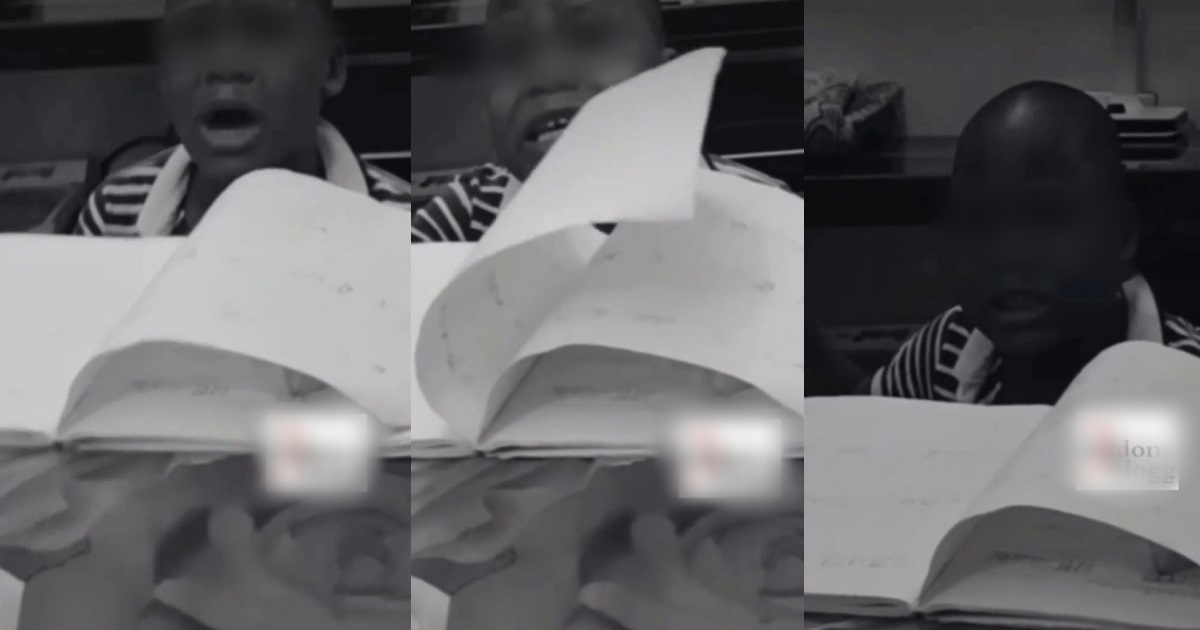 
A young Nigerian boy who wants a cake for his birthday celebration by all means has told his mother to borrow money from a rich person to buy one for him.

In a video circulating online, the mother confronted her son on her camera while he was doing his assignment, and recounted how he told her earlier to buy him a birthday cake whether she has money or not.

However, the primary one student who was teary-eyed, angrily said she misinterpreted him as he only told her to borrow money from a wealthy fella if she doesn’t have money to get him the cake.

He also mentioned how a woman he knows borrowed money to buy cake for her children on their birthday.

The mother was displeased with the suggestion and rebuked him for advising her to borrow money to gratify his want.

The video has gotten people talking online as they advised the mother to train her son well because he has anger issues.

See some comments below,

@lennis.world wrote, “Hmmm, watch it. A lot of anger bottled inside. He should learn to manage his emotions.”

@Kemi4tallaght wrote, “He needs to be taught contentment before he becomes a teenager.”

@mz_jenkuz wrote, “This child!!! Wrong upbringing. So what if another child got a cake? If your parents can’t afford one now, be content with what you can get. They better set his head right… else he would grow to always want to have what another person has.”

@bigujuposh wrote, “What a naughty child, this kind one if you correct him na the mama go fight you. Better start remolding him before is to late.”