‘You are more powerful than you think.’ Why one man says it’s too soon to write off democracy in America 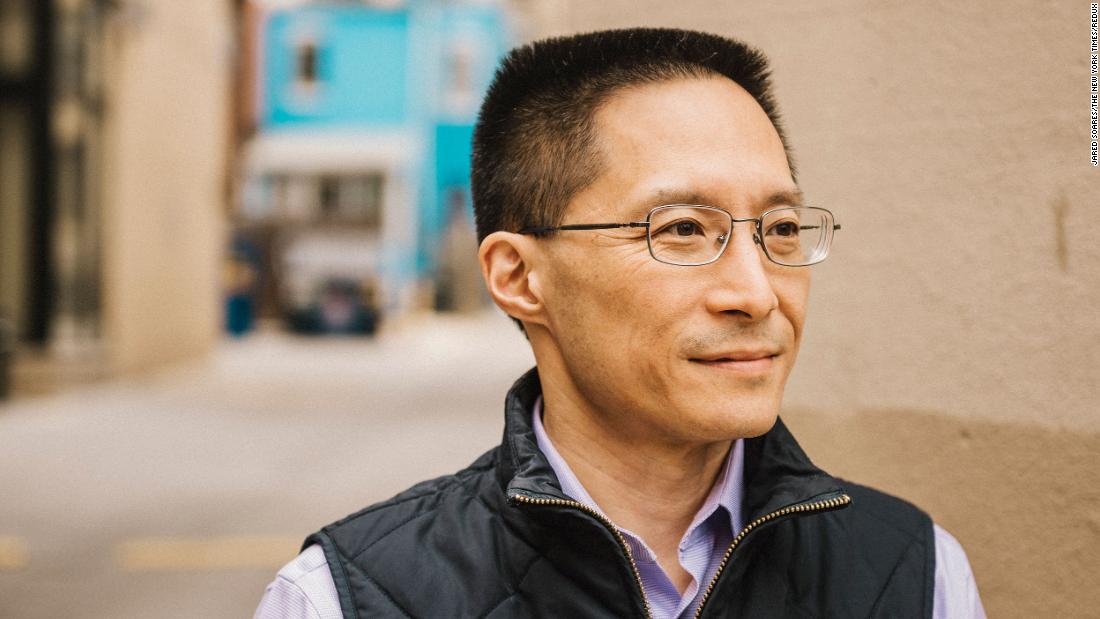 But where some see chaos, Liu sees vitality. He says engaged citizens get angry; apathetic and cynical citizens don’t make noise. And amid anxieties about Russian aggression and an emboldened China, Liu says America’s tumultuous political climate is not a weakness but a strength.

“American history is a record of small groups of people who keep remaking this country over and over, and who reveal to us all that the perpetual remaking is the greatest statement of fidelity to our creed and our national purpose, which is not to be like Russia, white and stagnant and oligarchic, or like China, monoethnic and authoritarian and centralized, but to be more like America, hybrid and dynamic and democratic and free to be remade.”

Liu is the son of immigrants and a former White House speechwriter and policy adviser for President Bill Clinton. A popular TED Talk speaker (he calls his speeches “civic sermons”), he also conducts “Civic Saturday” events around the country at which people gather for music and spoken-word performances.
These include readings of “civic scripture,” foundational American documents such as Lincoln’s “Second Inaugural Address” and the speech the 19th-century women’s rights activist Susan B. Anthony gave when she was put on trial for attempting to vote.

Liu is currently working on a new book, “What an American Should Know,” which seeks to detail the core civic knowledge all Americans should possess in this polarized era.

CNN recently talked with Liu about why he remains optimistic about America’s future, how the move to censor history in public schools could backfire and his response to those who say they want to Make America Great Again. His comments were edited for brevity.

Democratic Rep. James Clyburn recently said it seems as if most Americans have given up on the pursuit of a more perfect union and that our democracy is in danger of “imploding.” What would you say to those who say that human beings are too tribal to make a multiracial democracy work in America?

I would say when you succumb to cynicism you give it power. What we are doing is hard because it is unprecedented. We are trying to be planet Earth’s first multiracial, multicultural, and multifaith democratic republic at scale. That hasn’t existed before. To those who conclude it’s not possible, I would say it’s too early to say that. And by saying that, you’re dooming the project.

The only way to determine whether this project is possible is to act as if it’s possible — that is, to commit over and over again to become that country we’d like to see.

You’ve talked about the power of stories before. “Make America Great Again” seems like such an effective political slogan because there’s a story wrapped in it that implies that this country was once great when White Americans dominated and that people like Donald Trump are going to restore it to greatness. What kind of counter-story can those who have a different vision of America tell that address the fears of some White Americans?

I would point to most institutions in the United States. I’m a baseball guy. The institution of major league baseball is stronger, healthier and more robust now that it includes players beyond White players. It’s a more thriving business.

Every Fortune 500 company is stronger, more resilient and with a deeper capacity for innovation and more widespread, diversified markets because the United States has moved into full economic citizenship, and economic power for people of color, as well as White Americans.

The military is another great example. Every chief of staff in each of the uniformed services will tell you that their service is stronger and more resilient and more adaptative and more capable because America is more diverse now. They didn’t think in zero-sum terms. They didn’t think starting in 1950 that if we desegregate the army there’s not going to be enough slots for White people in the army.

The military seems like one of the last institutions where all of these different Americans come together from all walks of life. How do we create more spaces like that for people in the US?

I’m a champion of national service. It would be great to have more widespread expectation of national service for young people. I’m a champion of a year in the civilian or the military service, where you are coming together with a group of people unlike yourself, of having to work on something together to deepen your appreciation for one another and for the breadth, beauty and the diversity of our country.

Some White parents and Republican legislators are campaigning against what they call “woke schooling” in public classrooms. School boards and teachers are being pressured not to teach history that they say shames people. If this battle against “wokeism” in public schools is successful, what will the end result be?

The result will be a citizenry that is less capable of self-government. An education that forces every student to avoid the uncomfortable parts, to steer clear of anything that might cause White students discomfort, is going to leave all students more emotionally brittle, more civically weak and less capable of governing themselves.

The point of public education is to make citizens capable together of living together in a diverse community. If all you’ve gotten is white-washed history and that everybody was a good guy and don’t talk about stuff that makes some people uncomfortable, then the minute you graduate and walk into a community where there are people with different views, and where there are bad things that have persisted since the beginning our country that have gone acknowledged, when you walk into the real world outside of the classroom, you are less capable of participating in democracy.

I’ve heard you talk about the difference between optimism and hope. Why do you choose hope over optimism ?

Optimism is a spectator’s posture. I’m optimistic that the Yankees are going to pull out of this funk and win the World Series. But I have nothing to do with whether that comes to pass. I’m just watching. Hope implies agency. Hope says I have something to do with the outcome.

I have hope that American democracy is going to pull out of this funk, and it becomes stronger and more adaptive for all. Why do I have that hope? Because I literally spend every waking moment working on that with people in every part of the country who are not famous or who might not have a million followers but are doing the work of holding a community together.

When you look back on the Jan. 6 insurrection and all the recent headlines, have you ever lost hope?

I have not lost hope, ever.

Really? Not even for a day?

Once you get started working with other people — yes, vote, read the news, pay attention —but the most important thing you can do is join a club. Join a group, and build that muscle of being in association with other people.

And once you get involved with other people in trying to make something happen for some common purpose — it could be a civic purpose, it could be a hobby like building a book club — you realize how hard it is to kill hope.

How much of your activism is shaped by being the child of immigrants? (Liu’s parents were born in China and moved to the US from Taiwan).

Almost everything I do civically is shaped by the fact that I am the child of immigrants. When you’re second-generation American, it’s very vivid seeing how much most Americans take for granted. When you’re one generation removed from not having any of the rights and privileges of Americans, you realize how fragile and precious these things are.

And by these things, I mean our Constitution, but I also mean a culture in which we create constant remixes and churn out new hybrids of music, food and song and bloodline — everything that happens here that doesn’t happen in other places.

Americans who were born here stop thinking about that. It’s just the water you swim in. Being the child of immigrants, I can see through my parents’ eyes how much they had to give up, risk and sacrifice to come here and how precious things here are that made that sacrifice worth it. I have an urgent obligation to be a part of the solution to help this country deliver on its promises.