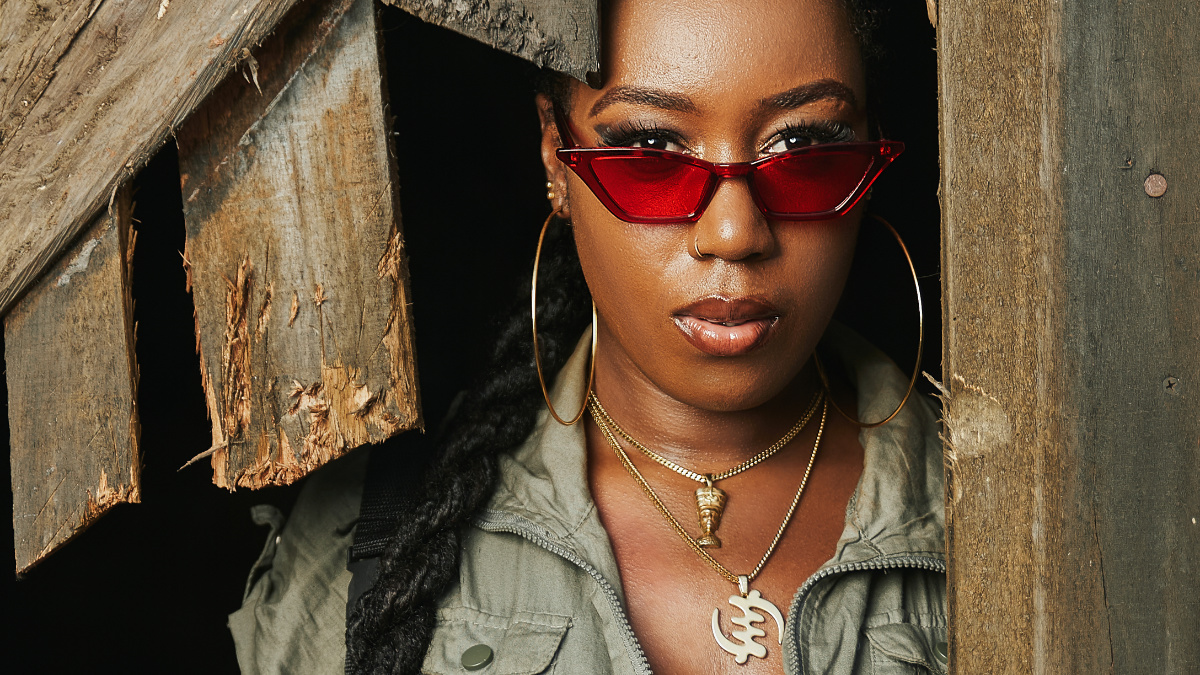 “God African,” the lyrical poem offering from the Rebel Empress serves a reminder to people of African descent globally to recognize their African greatness, the true natural wealth and abundance.

In the words of the Rebel Empress as she effortlessly glides over the pan-African/dancehall rhythm “Ride a stallion like I’m Yennenga, say the Congo worth 24 trillion, Welcome to the Rich generation; Hold on, Wha-happen to the bloody diamonds and the Coltan, Sierra Leone nuh get nuh money for the platinum“.

This powerful wordplay seemingly seeks to invoke the spirits of her Pan African ancestry (warriors and intellectuals) as is her mantra “Africa for Africans that a mi slogan Asantewaa stand up ina me like a soldier“ and serves as a roll call to unite the people; exemplifying positivity and a revolutionary mindset to remove the negative connotation of the continent that is so often portrayed by the Global Media.

Sarangetti Music, notoriously known as a production genius for his part in the track “Confident” by Kenzic and Keznamdi, a fellow Pan Africanist (production & publishing house based in Kingston Jamaica and Nairobi, Kenya) had loads of fun working with Yeza on this track as the chemistry was seamless, track direction was clearly thought-out and eventually evolved into a masterpiece.

This track could not have been released in a better timing, with Yeza riding on a high after her previous release- Glory Remix with the legendary Sizzla Kalonji, inclusion on the official Spotify playlist One Love curated by Lila Ike and the Spotify team for Nottinghill Carnival 2022 and a serious endorsement from Seani-B and the BBC 1 Xtra Team (Note -Glory Remix and Kingdom now streaming on BBC Sounds)