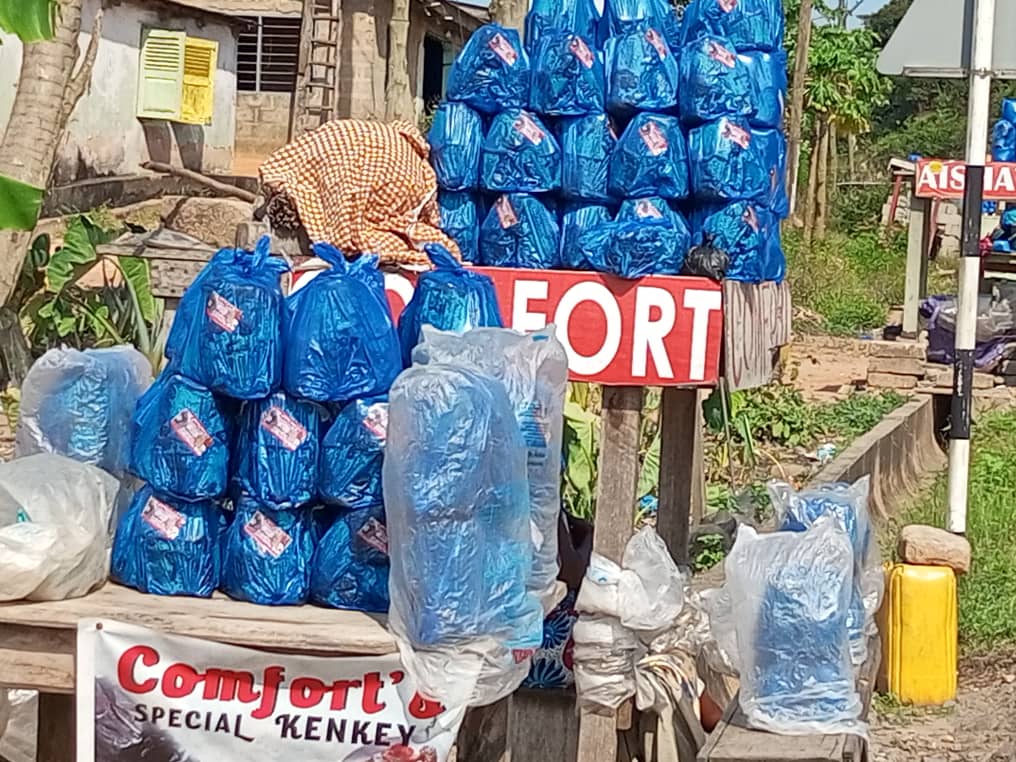 
Fante Kenkey sellers at Yamoransa have reminded the government of Ghana to redeem its promise to construct an ultra-modern kenkey processing factory for them under government’s ‘One District, One Factory (1D1F)’ industrialisation strategy.

They say the factory will help expand the local economy.

They want the factory to include grinding machines and boreholes to aid the processing of large quantities of hygienic kenkey for the local and international markets.

Madam Veronica Oboh, spokesperson for the kenkey sellers said Mrs Comfort Garbrah, former Assembly Woman for Yamoransa Electoral Area made the promise on behalf of the Municipal Assembly for the construction of the factory at an International Women’s Day (WD) forum held in the community in May 2018.

“Some of us have been knocked down by vehicles due to our crisscrossing of the highway to persuade buyers to buy. We have no dignified place of work, that is why we hailed the Assembly’s decision to set up a kenkey factory here.”

“If the government cannot redeem its promise, then, we pray they give us temporary sheds to augment our work,” Madam Oboh appealed.

She said sitting under the scorching sun daily affected their skin, eyes and weakened their immune system.

Outlining the benefits of fante kenkey, she said, the fibre in kenkey helps prevent constipation and reduce the risk of high cholesterol according to health experts.

However, he encouraged the traders to desist from selling by the roadside, saying, they were risking their lives.

Kenkey is one of the main staples consumed in Ghana.

Made from corn, Kenkey has two types, known as Fante kenkey and Ga kenkey.

While the fante kenkey is mostly produced in the Central and Western Regions, it is also common with the Akans, while the Ga kenkey is a staple in the Greater Accra Region.

Both the Fante Kenkey and Ga Kenkey are kneaded corn dough cooked in dried plantain or corn leaves and served with pepper sauce, onions, fried fish, shrimp or stew.

Share. Facebook Twitter Pinterest LinkedIn Tumblr Email
Previous ArticleI’m advertising my paint business – Berla Mundi squares up with netizen who trolled her for too much make-up
Next Article Harry Kane Could Be Banned From Games As FIFA Threatens To Book Any Captain Wearing The Onelove Armband | News