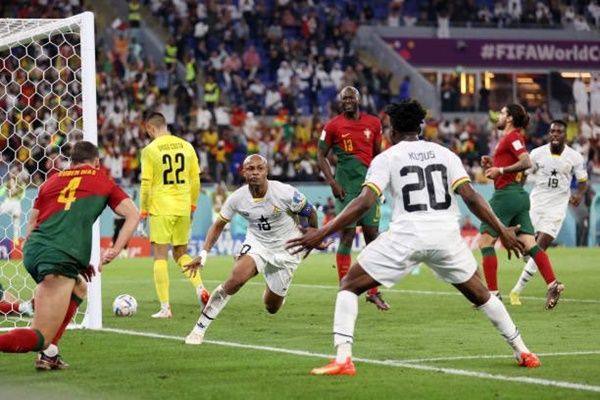 
Cristiano Ronaldo drew a line under a tumultuous tournament build-up as he wrote his name in the record books to become the first player to score in five World Cups in a 3-2 victory for Portugal over Ghana on Thursday.

Ronaldo drilled home a penalty in the 65th minute of the Group H encounter to set his side on their way and while Andre Ayew equalised for Ghana, Portugal turned on the afterburners with two quick-fire goals to effectively seal the deal at Stadium 974.

Joao Felix produced a delicate finish to give them the lead and Rafael Leao added a third to hand Portugal their first win in the opening match of the World Cup since 2006, even if Osman Bukari pulled another one back for Ghana late on.

Portugal, who top the group with three points, next face Uruguay on Monday, when Ghana play South Korea.

Most of the action was condensed into a short period after the 60th minute with Portugal taking the lead when awarded a soft penalty after Ronaldo went down following minimal shoulder-to-shoulder contact with Mohammed Salisu.