Why has the BBC given a 10-part podcast to a woman who sewed ISIS bombers into their suicide vests? 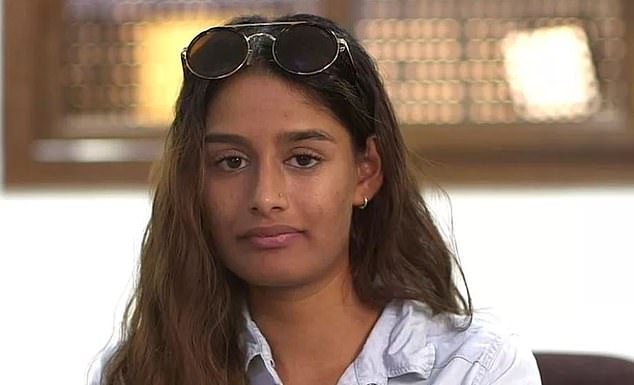 
‘I have always been a more secluded person… I’m not a person that likes a lot of attention on me.’

These are the words of ‘jihadi bride’ Shamima Begum. And for someone who supposedly doesn’t like attention, she sure as hell has been getting a lot of it.

This week, it emerged that Shamima has been given a platform to expound on her experience on the BBC, in a ten-part podcast entitled I’m Not A Monster.

The BBC said the podcast would provide Begum’s ‘full account’ of ‘what really happened’ when in 2015, aged just 15, she disappeared from East London and ran off to Syria with her two schoolfriends: Amira Abase, also 15, and Kadiza Sultana, 16.

The broadcaster has insisted the podcast will be ‘a robust, public interest investigation’ but critics have accused it of ‘wasting licence fee-payers’ money’ and say the families of ISIS victims would be ‘mortified’.

I agree. Why on earth is the BBC effectively glamorising this young woman? She has not so far shown a shred of remorse for joining a terrorist group.

When she was first found by a Times journalist in a refugee camp in northern Syria after ISIS’s territorial defeat in 2019 — aged 19 and heavily pregnant with her third child — she claimed she had ‘no regrets’ about going to Syria and even spoke coldly about being ‘unfazed’ by seeing a severed head in a bin in the ‘caliphate’.

She also claimed the murder of 22 people — most of them children — at the Ariana Grande concert in Manchester in 2017 was ‘fair justification’ after Western airstrikes against ISIS in Syria.

Begum’s comments were judged so appalling that then Home Secretary Sajid Javid stripped her of her citizenship and banned her from entering Britain. She is appealing against the decision.

Public opinion has been divided over this issue of citizenship. There are those who see Begum as a dangerous supporter of a terrorist group who must never be allowed to return to the UK. Others say she is a victim who fled Britain as a minor and so deserves our sympathy — a narrative being pushed in the usual circles, particularly among the Left.

For what it’s worth, I think it was premature of Javid to withdraw Begum’s citizenship; she probably should be brought home to face justice. Equally, I can’t say I’ll be losing any sleep if she is left out there in Syria.

When I first read about the case of Shamima Begum and other would-be jihadi brides, I had some sympathy. I was raised in a Muslim family, so I understand what it must be like for a teenage girl caught between two worlds; living in a conservative environment, drilled in the importance of modesty and forbidden to talk to the opposite sex while her peers at school led very different lives.

Aged 15, she disappeared from East London and ran off to Syria with two schoolfriends

While my family was comparatively liberal, others in my community were not so fortunate. I knew girls who, as soon as they completed their GCSEs, would be married off to a cousin in Pakistan or Bangladesh. They had very little say in the matter.

For Begum and her friends, escaping that kind of life and a possible arranged marriage, fleeing to a country where you could choose your own husband, a strapping young jihadi fighting for Allah, must have been exciting.

But teenage rebellion and a desire for romance is no excuse to join a death cult. We should never forget that women can be just as deluded, cruel and bloodthirsty as men.

And listening to the first episode of the BBC podcast only cements my belief that Begum was not such a naive schoolgirl but is actually a self-obsessed narcissist — and not a particularly bright one, either (it’s hard to believe she was once reportedly a grade-A student). She thinks only about herself, rather than about the untold damage she helped to inflict on innocent men and women in Iraq and Syria.

This is a woman who happily sewed jihadi bombers into their suicide vests and who was reportedly part of ISIS’s morality police, a feared group which meted out gruesome punishments to women falling foul of strict Islamic laws on how to dress and behave.

Will she now apologise for this? There are nine more episodes to come but, judging from what I have heard so far, I am not holding my breath.

Discussing the online backlash, Shamima said: ‘I don’t think it’s actually towards me. I think it’s towards ISIS’

Up to now, the only new information we have been given is that Begum really likes mint-flavoured Aero bars. ‘You can find a lot of things in this country but you cannot find mint chocolate. It’s a tragedy,’ she laments.

Forget death, rape or torture. Not being able to find your favourite bar of chocolate in a war zone is her definition of tragedy.

At least Begum told podcast host Josh Baker that she now accepts she joined a terror group. But when it comes to the public anger she faces, she maintains: ‘I don’t think it’s actually towards me. I think it’s towards ISIS.’

No, Shamima. I think a lot of the anger is directed at you.

She simply doesn’t get it. ‘What was there to obsess over?’ she continues. ‘We went to ISIS, that was it. It was over. It was over and done with.’

What was there to obsess over? Thousands of deaths, millions of people displaced from their homes, the brutal enslavement and rape of Yazidi women, to name just a few things.

For the people living in that region, it will never be over and done with.

No amount of slick PR from Begum — delivered courtesy of the BBC — should make us forget any of this. Someone must be advising her on how to give interviews to garner public sympathy.

She has gone from being a 19-year-old covered head-to-toe in thick black robes, talking cold-heartedly about walking past severed heads, to a 23-year-old who swans around a Syrian refugee camp in trendy sunglasses and Western clothes, her nails painted red, her hair styled.

At this rate, I wouldn’t be surprised if she ended up as a contestant on Strictly Come Dancing or I’m A Celebrity. Perhaps the BBC can invite her on to Celebrity MasterChef, where she could share her best mint chocolate recipes.

In the meantime, Begum’s legal team is pleading her case at the Special Immigration Appeals Commission in the UK, arguing that she is a victim who was groomed and child-trafficked to Syria. To make such a claim is an insult to actual victims of grooming, such as the teenage girls abused and raped by gangs of men in towns and cities up and down this country, from Telford to Rotherham.

Multiple investigations have revealed that teenage Shamima Begum was steeped in ISIS’s bloodthirsty online material before she fled Britain to join them. In the autumn of 2014, she, along with the other girls who ran away with her, had become fascinated by the so-called caliphate that was conquering parts of Iraq and Syria. How could she have missed the reports of ISIS’s atrocities, including its slaughter of British aid volunteers David Haines and Alan Henning that same autumn?

True, she was a schoolgirl. But that does not excuse her.

There are some who have returned from Syria and faced the consequences of their actions. Tareena Shakil, a former healthcare worker, secretly travelled to ISIS territory with her one-year-old son in 2014. After less than three months, she fled the hideous regime to Turkey and returned to the UK, where she went on to be arrested, tried and jailed for six years.

What’s more, Shakil has accepted full responsibility for what she did, in stark contrast to Shamima Begum, who remained with ISIS until the end and seemed to show regret only when she realised there was no way back for her.

Instead of hearing her excuse herself over a long course of podcast episodes, the BBC’s time — and our licence fee — would surely be better spent on investigating those complicit in radicalising the young Muslims who went off to join ISIS.

Our sympathy should be reserved for the Syrian and Iraqi people who were enslaved, raped and slaughtered by those terrorists, rather than for a young woman who chose to join them and participate in their brutality.