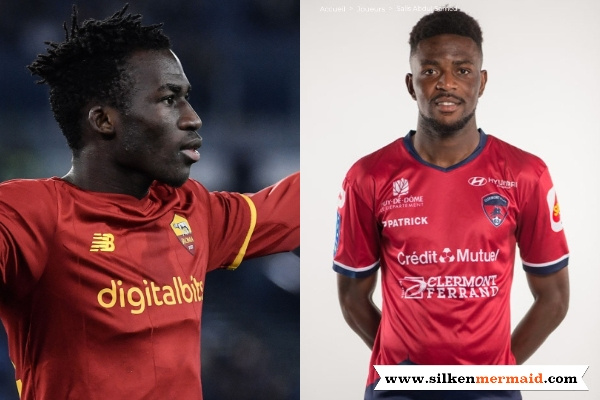 Ahead of the 2021 Africa Cup of Nations tournament, Ghana’s head coach, Milovan Rijovac made a provisional call-up of 30 players.

With about five days to the commencement of the tournament, the Serbian trainer has released a final list of 28 players to represent Ghana at the competition.

Tipped for a bright future, Afena-Gyan was moved to Serie A side Roma’s youth team on 13 March 2021, having moved to the club from EurAfrica FC.

His first call up to the club’s senior team was handed to him by manager Jose Mourinho and he made his debut on October 27, 2021.

He has since enjoyed success at the club by putting up impressive performances game after game.

Afena-Gyan received his first call-up to the Black Stars on November 4, 2021, for the 2022 FIFA World Cup qualifiers against Ethiopia and South Africa. The 18-year-old turned down the call-up and his management later clarified that the decision was to help the youngster gain more footing in his budding career.

Having failed to turn up for the Black Stars camping ahead of the tournament, it is highly understood that the young player had decided to stay out of national duty on the same grounds he did back in November.

No official communication has been made as to why the Clermont Foot star was omitted from the final Black Stars list.

However a report by Ghanasoccernet.com sighted by GhanaWeb indicates the Black Stars head coach was forced to drop him from the squad due to an ankle injury.

The 21-year-old is said to have picked up the injury while on winter break and was ruled out of a Coupe de France fixture against Bastia because of the setback.

The extent of the injury suffered by the defensive midfielder is not yet known but he is expected to be out for some weeks.

The player has been outstanding for his French club having made 17 appearances for the club for the newly-promoted side.

Ghana’s participation at the 2022 AFCON

The 2022 Total Energies Africa Cup of Nations kicks off in Cameroon on Sunday, January 9, 2022.

The Black Stars will then kick off its journey in the competition against giants Morocco on Monday, January 10 before taking on Gabon and Comoros in the other Group C matches.

See below the final list of Ghana’s squad for the 2022 AFCON:

Share. Facebook Twitter Pinterest LinkedIn Tumblr Email
Previous Article24-year-old man dies after ‘unknown gunmen’ dragged him out of his car in Anambra and shot him
Next Article Shugatiti reveals why she is still going nude on social media