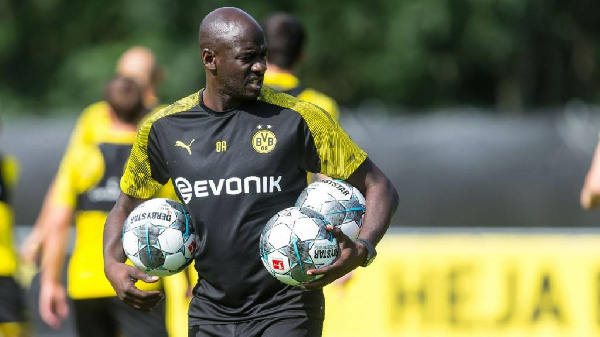 Names are flying all over social media and in the traditional media space after reports that Black Stars coach Milovan Rajevac has been sacked by the Ghana Football Association hit the airways.

The sacking of the Serbian coach, although not officially communicated to the public by the FA, resulted from a meeting between the Ministry of Sports and the GFA following the abysmal performance of the Black Stars at the ongoing African Cup of Nations in Cameroon.

The reports added that the Ghana Football Association is now looking for a quick fix before March’s FIFA World Cup play-offs.

A section of the media has been reporting that the GFA is considering Ibrahim Tankoh and former Black Stars captain Stephen Appiah as an interim Ghana coach while Aston Villa Youth coach, George Boateng, and assistant coach of Borussia Dortmund coach, Otto Addo are being considered for the full-time job.

Otto Addo currently acts as the first assistant coach of the Black Stars and the GFA is hoping to make him the first-team coach according to the reports.

Meanwhile sports journalist, Saddick Adams has reported that Milovan Rajevac has rejected a three-month salary paid him in lieu of notice.