What God Cannot Do Does Not Exist: Man gives powerful testimony of how God healed him of colon cancer (VIDEO) 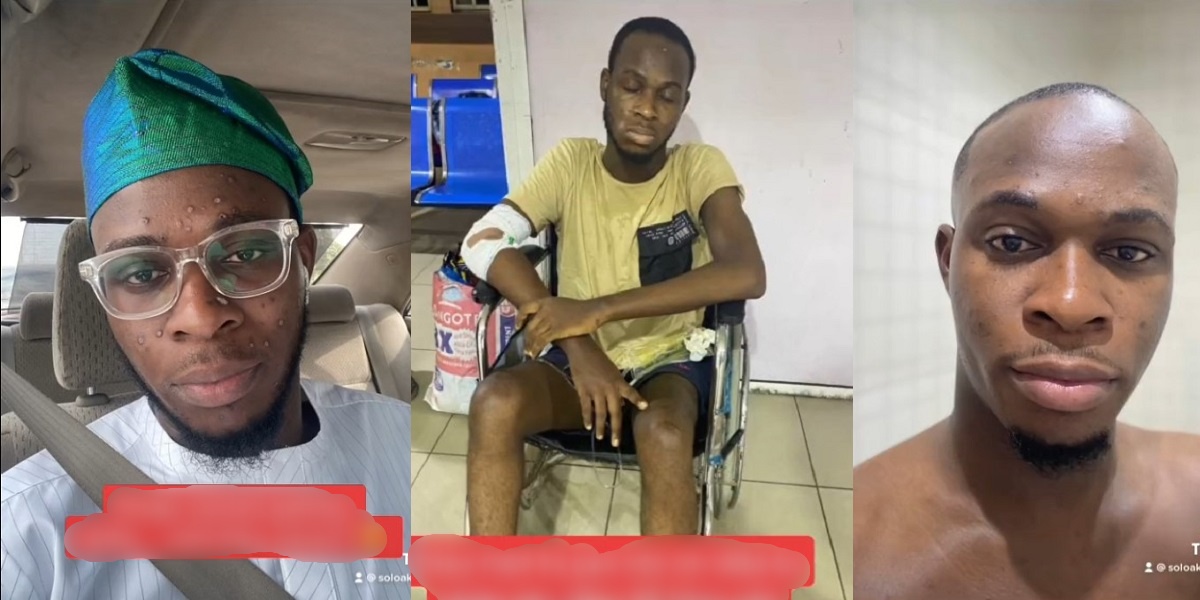 
A young man’s incredible testimony has inspired and warmed the hearts of many after it was shared on social media.

The young man who made a TikTok of his testimony, shared it on the video-sharing app and has had people thanking and praising God on his behalf.

He vividly explains all that happened to him from the moment he got sick to his body system failing him and he being lifeless before he was gracefully revived and given a second chance at life.

He starts off the video showing him vibrant and full of life at a friend’s wedding… until two days later, the crisis that would threaten his existence started.

He revealed that after all the struggles and challenges he faced in fighting for his life, he at some point was lifeless as he’d lost a significant amount of blood in him. He was however given another chance at life when he got revived moments later.

He then shared that following some medical procedures, his mother’s prayers and his vow to God, he got better. The more powerful testimony is that of him being able to beat the cancer that had initially threatened his life.

Watch his testimony as you scroll,