We’re Too Scared To Joke With Conte About His Fight With Tuchel! – Richarlison | Football/Soccer 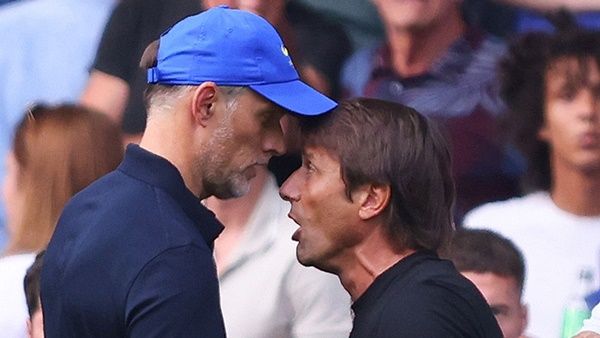 
Richarlison admitted Tottenham’s players loved Antonio Conte’s scrap with Thomas Tuchel, even if they are afraid to joke about it with their manager.

WHAT HAPPENED? Richarlison reflected on the confrontation between Conte and Tuchel, which saw the two tussle while shaking hands after a 2-2 draw between Tottenham and Chelsea earlier this season.

WHAT THEY SAID: “That was fun, wasn’t it?” the Brazilian told FourFourTwo .”At the time we were still involved with the game, so we watched what happened between them on video in the dressing room. It’s pretty normal in football – things happen between players all the time, so it can happen to the coaches as well. Everyone calms down and moves on. But it was amusing to see that confrontation between the two bosses. Ours isn’t afraid of confrontations, is he?”

When asked if he’d joked with Conte about the incident, Richarlison added: “Are you insane? No chance, come on! Would you try any jokes? I did not.”