‘We had no choice but to increase transport fares; bear with us’ 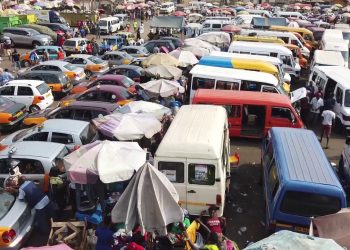 
The leadership of the Ghana Private Road Transport Union (GPRTU) in the Ashanti Region says increasing transport fares by 20% was the best option possible for commercial drivers.

According to the group, as a result of recent fuel price increases, members have been incurring losses.

In line with this, some drivers in Kumasi have begun making adjustments after their counterparts in Accra did same earlier in the week.

The Public Relations Officer of the Ashanti Regional Chapter of GPRTU, Mohammed Canal Abdul-Raman called on all members to adjust transport fares by 20 percent in line with directives by the national executives.

He appealed to passengers to comply with the new transport fares, saying, it was necessary under the prevailing circumstances.

“We planned on meeting the sector minister because from January to February 2022 this year, the leaders of the two unions, GPRTU and GRTCC met the Minister, and signed a communiqué that whenever the cumulative effect is 10% or more, we could increase transport fares. And as we speak, fuel prices have increased by about 40%.”

“We are appealing to the general public to at least comply with what we have now. It is no one’s fault that we have gotten to this point. If we do not share the burden with passengers, we won’t be able to run our businesses and be forced to park our cars.”