We expect Majority MPs to be present for 2023 budget reading 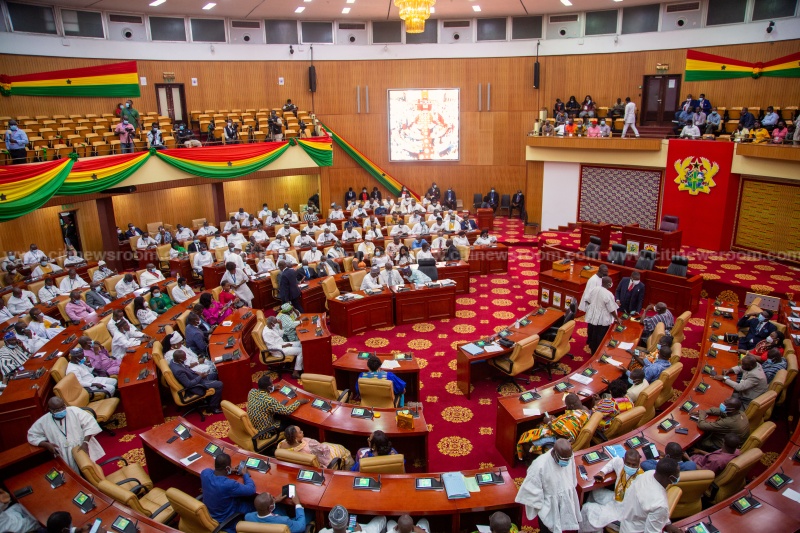 
The leadership of the New Patriotic Party (NPP) says it hopes and expects all NPP MPs to abide by the consensus reached and be present in the chamber for the presentation of the budget tomorrow.

This comes after the National Executive of the New Patriotic Party stepped in to prevent a possible boycott of the budget presentation by some 98 members of the Majority in Parliament.

The MPs threatened not to attend to any business brought to the house by the Finance Minister until the president heeds to their call to relieve him of his position.

In view of this, the NPP national executives held a meeting with the MPs to ensure they do not carry out their threat.

A statement jointly signed by the Majority Chief Whip, Frank Annoh-Dompreh and the General Secretary of the NPP, Justin Koduah as a resolution to the ongoing impasse, urged the majority members to put their demands on ice until negotiations for the International Monetary Fund (IMF) bail-out are completed.

Richard Ahiagbah, the Director of communications for the NPP said, “this is a party responsibility position to say that, as a member of the party, you have a duty to abide and uphold the party’s position.”

“That is a primary position of party members and that is what has been articulated in the letter and I expect that all members are obligated to discharge their membership duty of abiding by the party’s position,” Mr. Ahiagbah said.

The NPP legislators had threatened to boycott all business brought to the house by the Finance Minister, including the budget presentation expected to take place on Thursday, November 24, 2022.

In view of this, the NPP national executives, held a meeting with the Members of Parliament to ensure that, they do not carry out their threat.