Medikal Drops Visuals For ‘Letter To My Ex’ – Watch 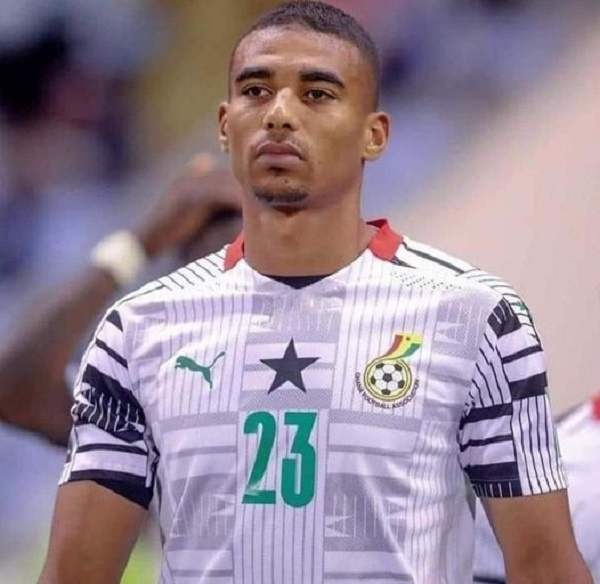 Ghanaians express disappointment in the team

Black Stars defender, Alexander Djiku, has on behalf of his teammates apologized to the general public for the abysmal performance of the national team at the ongoing 2021 African Cup of Nations tournament in Cameroon.

In a post on his social media handle after the exit of the Black Stars from the competition, the defender expressed the team’s remorse for not being able to deliver on the hopes of Ghanaians by advancing in the tournament.

He, however, stated that the national team players will put the nightmare behind them and forge ahead to qualify for the World Cup.

“Words will certainly not be enough to erase the frustration. We are disappointed and also sorry for our Ghanaian people to have failed at this stage of the competition. We must stay focused because qualifying for the World Cup must motivate us more than anything” Djiku tweeted on Wednesday January 19, 2022.

The Black Stars lost their opening Group C match against North African side Morocco by a goal to nil, drew a 1-1 draw with Gabon and lost 3-2 to Comoros in its last fixture – the worse performance of the team at the nations cup since 2006.

This left the four-time AFCON winners bottom of Group C with only one point and eventually crashing out of the tournament.

In its final Group C game against Comoros, the senior national team went down by a goal from Comoros captain El Fardou Ben Nabouhane after just four minutes into the game.

Things went from bad to worse after Black Stars captain, Andre Dede Ayew was sent off in the 25th minute after he stuck his leg out in an attempt to win a 50-50 ball against the goalkeeper of Comoros inside the penalty box.

Comoros doubled their lead in the 62nd minutes through Ahmed Mogni – a score that shattered hopes of many Ghanaian football lovers of a possible comeback.

However, the Black Stars mounted a strong-spirited effort in its bid to stage a comeback.

The efforts of the team were rewarded after substitute, Richmond Boakye-Yiadom headed home a consolation goal from a Daniel Kofi Kyereh corner kick.

The Black Stars continued in their spirited and eventually equalized through defender Alexander Djiku who tapped in from a cross.

With minutes to end the game, Comoros ended Ghana’s hopes of a comeback when Ahmed Mogni scored his second in the game to make it 3-2 for the Islanders.

It was the first time in 15 years Ghana exited the AFCON in the Group stages since 2006.

Words will certainly not be enough to erase the frustration.

We are disappointed and also sorry for our Ghanaian people to have failed at this stage of the competition.

We must stay focused because qualifying for the World Cup must motivate us more than anything ???????? pic.twitter.com/s4SIYrEg12

Medikal Drops Visuals For ‘Letter To My Ex’ – Watch