VIDEO: Why I Will Not Criticise Prez Akufo-Addo On Air – Paul Adom-Otchere | General News 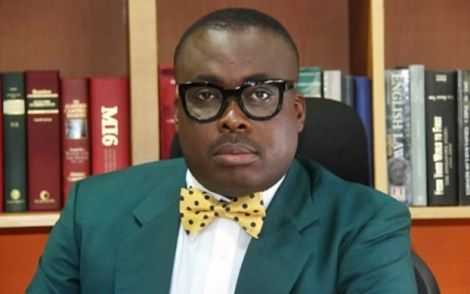 
Host of Metro TV’s Good Evening Ghana, Paul Adom-Otchere has stated that he will never criticise President Nana Addo Dankwa Akufo-Addo on-air because he has direct access to him.
Reacting to comments sent into the show yesterday, Mr Adom-Otchere said he was not obliged to criticise the government because he works for a private television station.

He urged viewers who did not agree with his position to watch other broadcasters that do or criticise the President on their personal Facebook pages.

“I support Akufo-Addo, you support John Mahama, there should be no problem. People write to me and say, ‘why don’t you use your programme to criticise the government?’ Is the programme for you?,” Mr Adom-Otchere quizzed.

“The government ought to be criticised, governments are there so that they are criticised. I support Akufo-Addo because of my conviction and I feel there is something in there that is not good or not working well, I would not criticise him on this television because I have access to him, I would go to him and tell him…”.

He also stated that some of the hardest critics of the President, always reach out to air their grievances.