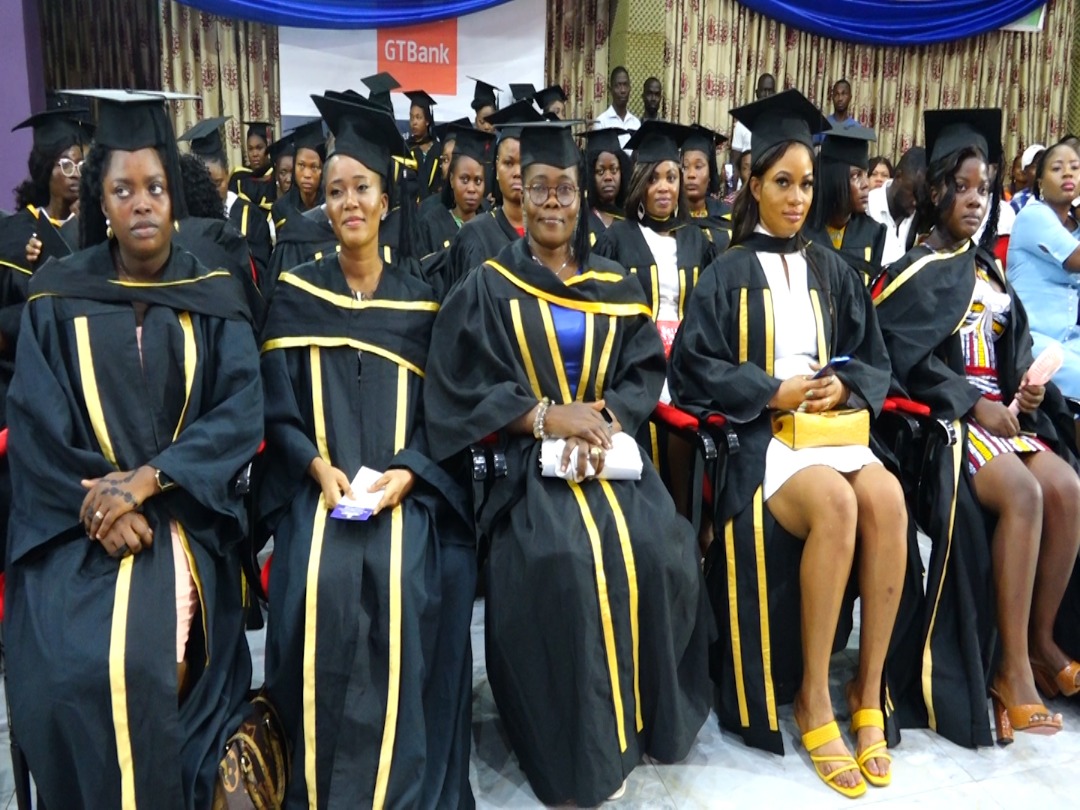 
The Pharmacy Council has urged Medical Counter Assistants (MCAs) graduating from the Tobinco Pharmaceuticals Training Institute (TPTI) to abide by the law and maintain professional ethics while performing their duties.

The Council further admonished the graduating students not to engage in stealing and truancy in their various fields of employment.

Out of 104 students who sat for the final assessment regulated by the Ghana Pharmacy Council after completing a course in Medicine Counter Assistants (MCA), 96 graduated in a colourful ceremony held at Sika Hall at Avenor in Accra.

Speaking at the third graduation ceremony of TPTI on the theme, “The Need for Excellence in Training MCAs in Our Pharmaceutical Industry,” Head of Regional Coordination, Pastor Kofi Obeng-Mensah, who spoke on behalf of Dr. Audu Rauf, Registrar of Pharmacy Council, entreated the graduates to refrain from professional misconduct and uphold job ethics as they enter the field.

He said the Pharmacy Council has received complaints about professional misconduct from employers in the industry on several occasions, a situation he described as worrying.

“Your regulator, the Pharmacy Council, has on several occasions been receiving complaints about professional misconduct, such as truancy, disrespect, and stealing, among others, from employers within the industry, especially, the pharmacies. I would like to encourage all graduands to be law-abiding, ethical, and professional as they take up their roles in the pharmaceutical industry,” he advised.

In his address to the graduating class, Registrar for Entrance University College of Health and Sciences (EUCHS), Samuel Apeawin, advised graduates not to be aggressive in their pursuit for money.

Mr. Apeawin encouraged the graduates to put God first, pursue their dreams, love their jobs, protect and leverage the TPTI brand; this, he said, will help them achieve greater heights in life.

He added, “Many subsidiaries under the Tobinco Group of Companies are always ready to accept and employ students from TPTI, therefore, make use of the brand to create a change in the industry.”

Addressing the graduating students, the Head of Administration of the Tobinco Pharmaceuticals Training Institute (TPTI), Mrs. Eunice Tweneboaa Adu, while congratulating the graduands, mentioned that “for the past two years of its existence, the school has equipped students to become professional Medical Counter Assistants. ”.

She encouraged them to use the knowledge they have acquired to strive for excellence to make the school and their parents proud.

“We congratulate you for coming this far. I would encourage you to continue applying what you have learned in school, both academically and in terms of life moral values. “Don’t rest on your laurels but pursue further to make the school and your parents proud,” Mrs. Eunice Tweneboaa Adu said.

Giving a valedictorian speech on behalf of the students, Abdulai Muniratu, expressed gratitude to the Executive Chairman of the Tobinco Group, Elder Nana Amo Tobbin I, and tutors of the institute for their continuous support.

Graduating students who performed exceptionally well in their academics were honored.

The ceremony was attended by the Head of Regional Coordination, Pastor Kofi Obeng, and some management members from the Tobinco Group of Companies.

TPTI forms one of the subsidiaries under the Tobinco Group of Companies, which was established in the year 2020, with the first and second batches of students graduating with excellence.

The institute seeks to train and achieve the highest standards in pharmacy practices as well as promote public health and safety.