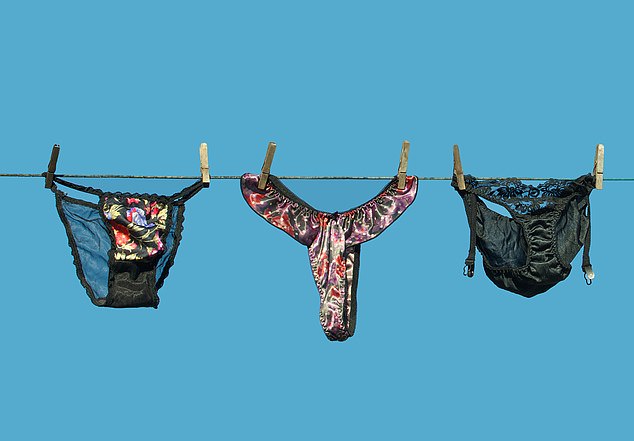 Stunned cops allegedly found women’s underwear stacked to the ceiling inside the home of a Melbourne ‘pervert’ accused of stealing more than 5000 pieces of clothing.

Joshua Murrell, 34, of Reservoir – north of Melbourne – is behind bars amid claims he has been nicking undies off clothes lines around his Reservoir home for anywhere up to five years.

He was arrested on Monday after one of his victims’ allegedly caught him on CCTV cameras she set up after repeatedly having her undies stolen in the dead of the night.

When police finally caught up with Murrell, they found him on the floor of his bedroom, which was stuffed sky high with women’s undies.

Murrell has been charged with 10 offences spanning a 12-month period, including stalking, theft, weapons and trespass offences.

He appeared in the Melbourne Magistrates’ Court on Tuesday via telephone from prison in the hope of being bailed back into the community – a request that was refused to to his alleged risk of reoffending.

The court heard police are in discussions with nearly a dozen terrified women, who claim to have had undies stolen from clothes lines around Murrell’s home.

Many of Murrell’s alleged victims are now too terrified to return home, the court heard.

Police claim Murrell, a father on one, had crept into the backyards of his various victims in the dead of night to steal undies, bras and active wear.

One victim claimed Murrell had tried to gain access into her home to steal undies drying on a clothes horse in her laundry.

In evidence read to the court,  Detective Senior Constable Amanda Wright claimed Murrell had been storing dirty undies and bras taken from clothes hampers as well as wet items from outside.

In arguing against his bail, the court heard Murrell had been previously nabbed steaking undies from a Myer department store

When asked about the doll, Murrell claimed it was ‘just a bit of fun to cuddle’.

He will return to court later this year.

Officers will continue to investigate the matter but wish to speak to anyone in the Reservoir area who may have had items of underwear or activewear stolen on 9479 6111.

Anyone with further information is urged to contact Crime Stoppers on 1800 333 000 or make a report at www.crimestoppersvic.com.au